Policy Brief: Improving the legal environment for provision of HIV and TB services to key populations, persons living with HIV and those with tuberculosis in Uganda 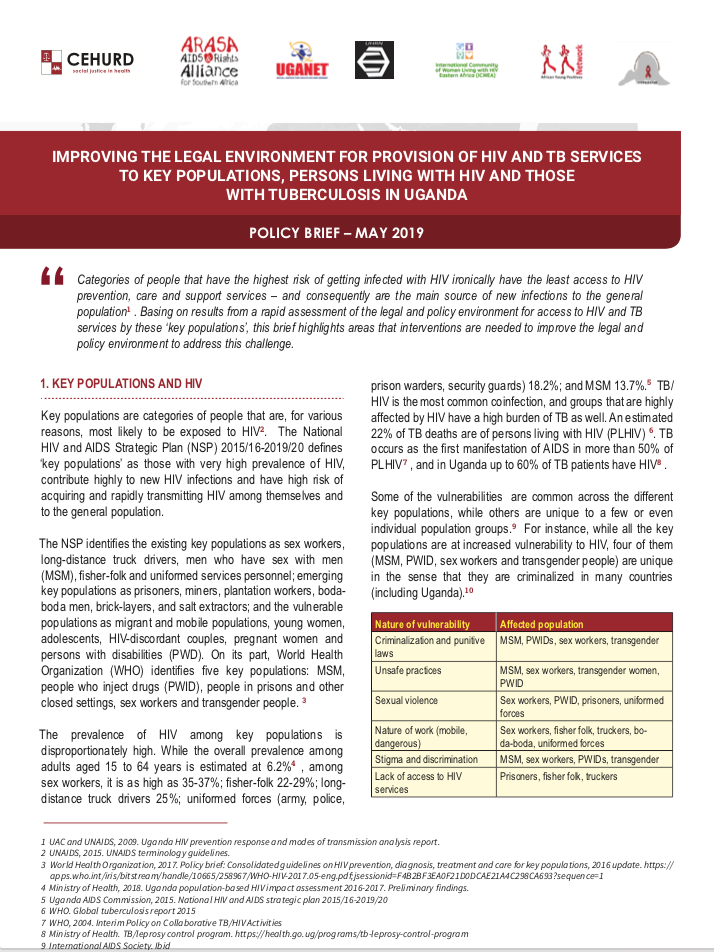 Key populations are categories of people that are, for various reasons, most likely to be exposed to HIV. The National HIV and AIDS Strategic Plan (NSP) 2015/16-2019/20 defines ‘key populations’ as those with very high prevalence of HIV, contribute highly to new HIV infections and have high risk of acquiring and rapidly transmitting HIV among themselves and to the general population.