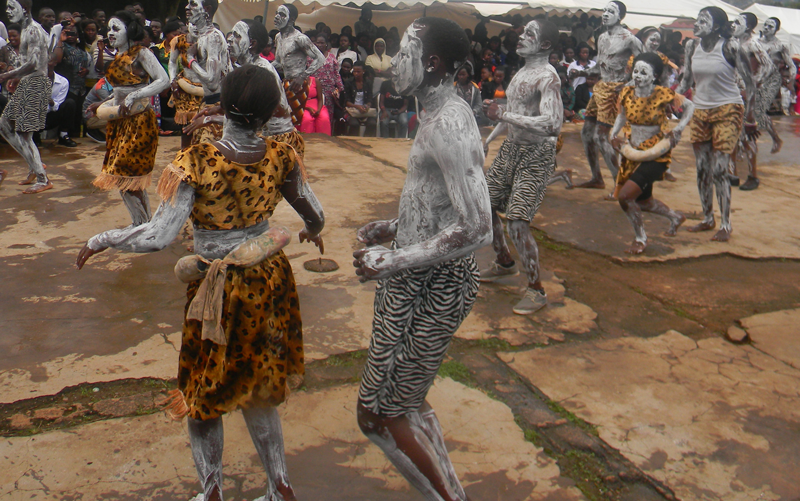 What does circumcision mean to you? While circumcision is a religious practice for some, for others it is a technique proven to reduce HIV infection and Sexually Transmitted Infections (STIs). For some surgeons in Bugisu, it is the reason they will be coercively tested for HIV this year, a violation of their rights.

In advance of the inaugural Imbalu ceremony on August 11, the Ministry of Health and the cultural institution Inzu Ya Masaba have announced that over 1,000 surgeons will have to undergo HIV tests in order to “safeguard those to be circumcised.” It is not clear what will occur if surgeons are found to be HIV positive. Will they be barred from participating? Will their privacy be protected? It is not clear whether surgeons who are living with HIV will lose business or their livelihood. And it is particularly unclear why they are being forced to get tested for HIV at all, given that no part of the Imbalu ceremony involves surgeons sharing blood or bodily fluids with the boys they will operate on.

Building strong policy at the intersection of health and cultural practice can be complex. According to Article 37 of the Ugandan Constitution, Ugandans have the right to culture, to practice and enjoy cultural languages and traditions. At the same time, according to the International Convention on Economic, Social, and Cultural Rights (ICESCR), Ugandans have the right to the highest attainable standard of health. These two rights are not in opposition to each other: programs promoting health rights can and should be integrated with cultural practices. In the example of Female Genital Mutilation (FGM), FGM was found to be a severe threat to health and women’s rights, and was banned in Uganda in 2010.[1] In enforcing this ban, the Ugandan government found that attempting to eradicate FGM only pushed the practice underground and led to backlash. Instead, preserving the rite of initiation while ending the most violent aspects of the practice was a more effective and sustainable strategy to reduce violence against women.[2] Such strategies allow communities to maintain cultural cohesion along with a high standard of health. They are most effective when paired with strong community engagement and health education, giving community members the tools to make informed choices about their own health.

In the case of Imbalu, the tradition has undergone shifts in the last decade related to the HIV/AIDS epidemic. In 2012, New Vision reported that growing numbers of Bagisu boys were getting circumcised in health centers, in order to reduce the risk of HIV transmission, instead of in the Imbalu ceremony.[3] Circumcision does reduce the risk of HIV transmission, but it does not remove the risk entirely, which the government failed to communicate fully: the same year, the Center for Health Journalism reported that individual Bagisu men were forcibly circumcising non-Bagisu men, convinced that they were spreading HIV and STIs to Gishu women.[4] This is a strong example of the value of health education. With an incomplete understanding of HIV transmission, people can draw incorrect conclusions around the stigmatized topic of HIV transmission and commit violence based on them.

Since 2012, there have also been initiatives in place to clean and sterilize knives used in the Imbalu, and a “one knife, one candidate” policy.[5] The “one knife, one candidate policy” drove up the cost of knives, but is an excellent example of a minimal intervention into the Imbalu ceremony that allowed communities to continue a cultural practice in a safer form. This policy is a type of harm reduction, where policymakers make small interventions to an existing activity rather than attempt to drastically change behavior patterns or criminalize whole practices. The Ugandan Harm Reduction Network (UHRN) has advocated for needle and syringe sterilization programs for Injectable Drug Users (IDUs), programs that save lives and money.

If surgeons are careful to operate with clean, sterilized equipment and ensure that they themselves do not have any open wounds, there is no risk of HIV transmission. HIV is transmitted through specific bodily fluids: blood, breast milk, sexual fluids, and mucus.[6] It absolutely cannot be transmitted by a person performing surgery with sterilized surgical tools. The decision to test surgeons is based not in science or best practices in public health, but instead on the stigma surrounding people living with HIV. Once again, it is crucially important to engage in health education to reduce this stigma, the idea that people living with HIV are dangerous or risky.

In truth, it is this stigma that is dangerous. If people associate fear, confusion and discrimination with HIV, they are less likely to seek effective care, protect against HIV transmission, and treat people living with HIV with dignity. People living with HIV are members of our community, and Ugandans everywhere should have the tools to protect against HIV transmission without demonizing people who live with it. HIV tests should be voluntary and consensual, with full assurance of privacy and confidentiality. Surgeons who test positive should be counseled on treatment options and free to continue their work without discrimination, as established by the 2005 Equal Opportunities Commission Act and the 2006 Employment Act in Uganda.

Requiring Imbalu surgeons to be tested for HIV is a counterproductive, discriminatory, and disruptive approach. The Ministry of Health should instead act to promote health rights within cultural practice, scale up programs that ensure clean and sterilized surgical equipment, and encourage comprehensive health education.

All Ugandans have the right to move through the world with privacy, dignity, culture, and the highest attainable standard of health. The young people preparing for the Imbalu in Bugisu deserve to be safe, healthy, make choices about their own bodies, and participate in cultural rites. Similarly, and the surgeons preparing for the ceremony deserve to navigate their HIV status in comfortable and consensual ways. As Uganda navigates the complex challenges of establishing a sound HIV policy in a culturally diverse environment, a focus on human rights, education, and non-discrimination is both sound and humane policy to carry out cultural practices in safe and healthy ways.