As ACTA treaty, the Anti-Counterfeiting Trade Agreement, gains more and more government support, the internet world is revolting against it. This agreement is set to establish a new ruling body that would be responsible for targeting online piracy and was drafted/signed by a variety of countries.

As of October 1, 2011 there have been 31 various countries that have signed the agreement including the United States, Japan, Canada, Australia, and many others. Those supporting the agreement state that it is necessitated due to the massive increase in the trade and production of counterfeit goods and copyrighted content.

With SOPA and PIPA now out of the way (hopefully) the attention of the Internet protesting masses have turned towards this Act but why? Here we will examine the reasons behind the negativity against ACTA and also see if the protesting is justified or if it is merely due to thousands of uninformed individuals “jumping the protest band wagon”.

Why are people protesting the Anti-Counterfeiting Trade Agreement? 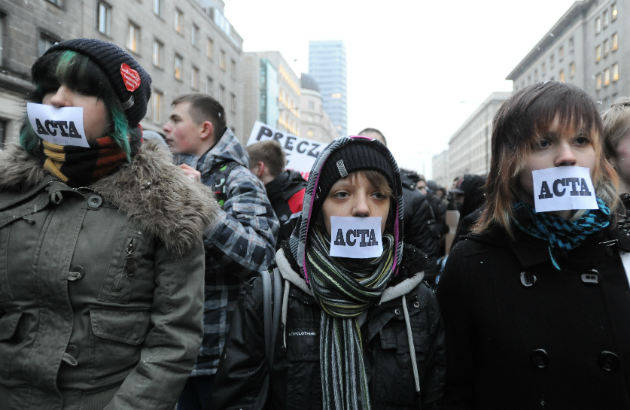 1) Secrecy
A big issue with ACTA treaty is the fact that those involved in its negotiations are being incredibly secretive about it. Many people rightfully believe that if an agreement is being worked on that will affect EVERYONE then they have a right to know what is being proposed and discussed. The shroud of secrecy cloaking ACTA treaty was almost impenetrable until secret documents were leaked on WikiLeaks.

Michael Geist, who writes for Copyright News, stated that: “reports suggest that trade negotiators have been required to sign non-disclosure agreements for fear of word of the treaty’s provisions leaking to the public.”

2) Infringing on human rights
The freedom of expression is one that everyone holds dear. It is something that defines freedom and when that right is infringed upon, people rightfully get angry. Unfortunately it is incredibly profitable for both governments and businesses to make it so that this right is restricted which is what they are doing in the ACTA agreement.

There was a letter signed by a variety of prominent European organizations (27+ actually) that stated how ACTA infringed on the fundamental rights of European citizens because of its restrictions on freedom of expression and communication. Additionally the Act, as the letter stated, would allow undue and harsh legal standards to be placed and these standards don’t “reflect contemporary principles”

3) Generic medicine
One of the big issues that ACTA is covering is the issue of intellectual property. They are fighting against all violations of intellectual property which acutally poses a huge threat to a number of common household items mainly generic medicine. Since ACTA would give god-like powers to the ruling members it would allow them to stop generic drugs since they are “counterfeit”. This would make it so that drugs would not be shipped to developing countries and that the medications can even be destroyed. Unfortunately developing companies simply do not have the funds to pay for such expensive medication which is why they turned to cheaper versions of the drugs to help the sick and needy.

4) Similarities to SOPA/PIPA
Lastly, the similarity of this act to both SOPA and PIPA is surprisingly close when you take a deeper look at it. The fact that the piracy and sale of counterfeit materials is at the heart of the matter is obvious. Unfortunately the big issues are that the punishments for violations of these laws are severe and unjust in almost every sense.

Are The Protests Justified?

When you closely look at all of the possibilities that ruling body created by ACTA treaty can do then you can see that they are given too much freedoms, too many exceptions, and are able to operate in secrecy. The right to expression and freedom of speech should never be undermined and when a ruling body is enacted to do just that then it should be fought.

The fact that ACTA would ban generic drugs -drugs made cheaper so that everyone could afford them and drugs responsible for saving lives – is outrageous to say the least. Additionally “there is a provision on ACTA specifically exempting travellers from checks if the infringing goods are of a non-commercial nature and not part of large-scale trafficking”.

If the government officials constructing this treaty had nothing to fear and nothing to hide then there would be no reason for such secrecy as to have others sign a nondisclosure agreement. Hopefully the overwhelming amount of pressure both offline and online will overturn the decision for this act before it’s too late!