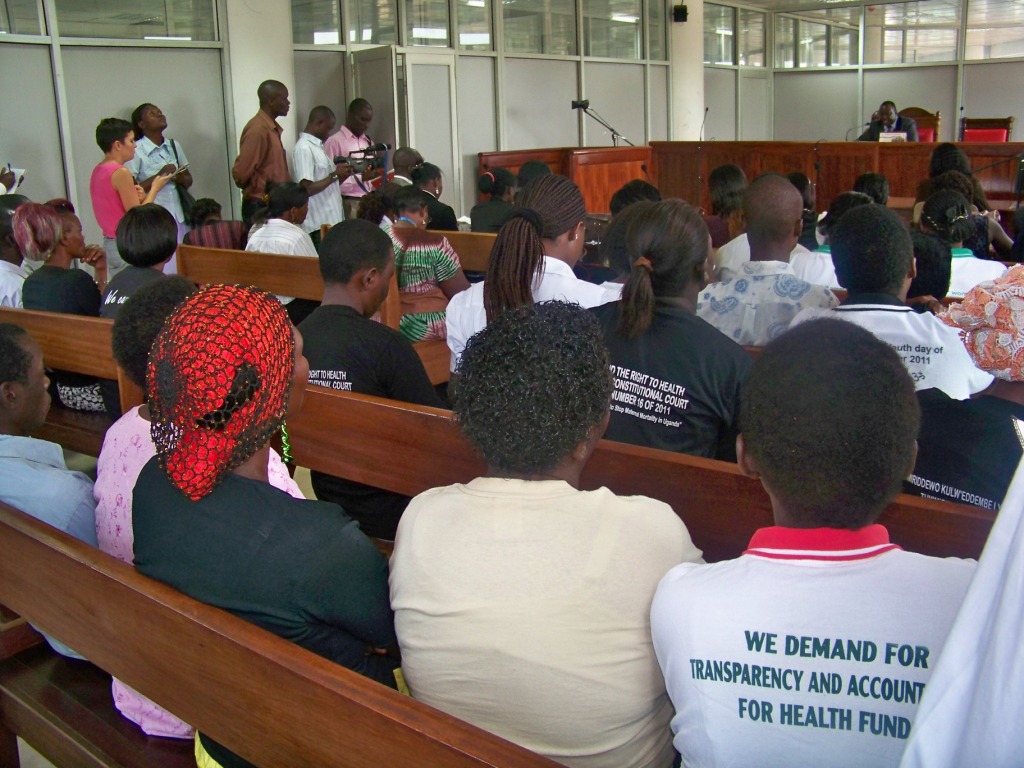 IF you want to see what a toothless court looks like – and what happens when such a court guards people’s rights – turn your eyes northwards to Uganda. Its appeal court, which doubles as a constitutional court when required, has delivered a decision that makes for sobering reading.

It deals with a “petition” brought by, among others, relatives of two women who died in childbirth under horrific circumstances at state health institutions.

The petition has made legal history as it’s the first challenge to government health policies and practices brought under Uganda’s 1995 constitution.

An estimated 100 Ugandan women die in childbirth every week, a statistic that prompted the Centre for Health, Human Rights and Development to compile an extensive constitutional petition citing international law and human rights conventions as well as Uganda’s own constitution.

Two months ago, five judges, headed by the deputy chief justice, considered the petition but refused to deal with it.

The petition said the public was affected by the non-provision of crucial resources for women giving birth in government health facilities, as well as by the “unethical behaviour” of doctors and nurses towards expectant mothers, and asked that the situation be declared unconstitutional.

Backed by more than 50 non-government organisations, the petition included a list of constitutional sections infringed by the inadequate provision of proper health services for women giving birth.

There’s no shortage of clauses to which you could appeal in making such a petition – the right to life, for one – plus there’s a section saying that anyone who alleges that an “act or omission by any person or authority is inconsistent with or in contravention” of the constitution, may “petition the constitutional court for a declaration to that effect and for redress where appropriate”.

When the case was argued, however, the state attorney said the petition should be rejected on the basis of the “political question” doctrine, without even getting to the merits of the issues involved.

If the court agreed to deal with the petition, she argued, it would be “interfering with political discretion by which law is a preserve of the executive and the legislature”.

The constitutional court agreed: it might be true that not enough resources had been allocated to maternal health care services, but the court “has no power to determine or enforce its jurisdiction on matters that require analysis of the health sector government policies, (or) it will be substituting its discretion for that of the executive”.

The judge said a different approach should have been adopted with an application to the high court for redress – suing the state, in other words.

After the court threw out the case, human rights activists said it had at least “raised awareness” of the problem. Perhaps, but not where it matters most.

A month afterwards, Hajara Katusabe, 24, died in labour when the midwife at a health centre refused to emerge to help her because she “had a heavy workload” and was tired.

After Katusabe died, members of the local community are reported to have stormed the health centre, threatening to lynch the midwife.

She was rescued by riot police, but has since been charged with negligence.

Now those behind the original petition have appealed to Uganda’s highest tribunal, the supreme court. Lobbyists say if they lose here, too, they will approach the African court on human and people’s rights.

Perhaps under Ugandan jurisprudence the constitutional court was indeed correct – and it’s not the apex court on such matters as in SA. The supreme court might rule differently.

But reading the judgment made me pause: suppose

our Constitutional Court had refused to rule in the Treatment Action Campaign case, to name just one.

Imagine that instead of saying that it was unreasonable for the government to provide life-sustaining medicine at just a few pilot sites instead of being widely available, the court had said it could not intervene in policy matters.

How many people, alive now, would have died?

When it comes to socio-economic and environmental rights, our Constitutional Court is crucial to ensuring that the state carries out its duty, that these rights are not neglected and that the poorest or most vulnerable, often without the political clout that would ensure attention from a ruling party, also benefit from the promises of the constitution.