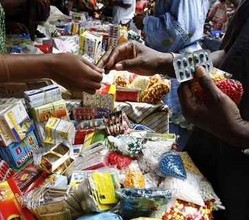 World Health Organisation (WHO) has adopted a resolution to clearly define counterfeit medical products (CMP) so as to set them apart from genuine generic drugs.

The resolution follows intense lobbying by India at the World Health Assembly (WHA) last week and is seen as a major diplomatic win. The country has worked through back-channel ways at the inter-governmental level for almost two years to pressurise the international organisation.

This also means WHO will limit its role to public health issues and not get into the debate of intellectual property rights (IPR) raised by multi-national companies to block generic drugs from India and other countries from getting into international markets.
Generic drug shipments from India have often been seized at European Union ports on charges of infringing IPR and therefore qualifying as counterfaeit or spurious products.

Sources said innovator pharma companies have used multiple routes, including raising IPR issue with WHO through its arm International Medical Products Anti-Counterfeiting Taskforce, to stop generic drug consignments from India.
In 2009, for instance, a Brazil-bound consignment from India was stopped at Amsterdam.

“The authorities applied definition of CMP for these generic drugs as the history of such drugs showed patents in EU. Hence, they termed it as infringement of their IPR and seized them,” said a Union health and family welfare ministry official.

Such seizures forced India and some other countries to aggressively take up the matter at WHA. Expressing concern over the involvement of WHO’s Western Pacific Regional Organisation in the enforcement activities relating to combating CMPs, India strongly argued that WHO was mixing up issues of public health and private IPR in the context of defining counterfeit drugs.

The Indian delegation, backed by Brazil, Thailand and other BRICS and SEARO nations, sought to limit WHO’s role only to public health and said it should concentrate on affordability and accessibility of drugs rather than be engaged in IPR enforcement issues.

WHO now appears to have put in place a new mechanism with the consensus of all member states to clearly define CMP as “substandard, spurious, falsely-labelled, falsified” drugs to bring uniformity for better global acceptance of these definitions without interrupting the supply of genuine generic medical products in the world.

India is now pressurising WHO to give more funds to strengthen the national regulatory authority for drugs. 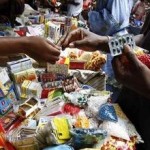