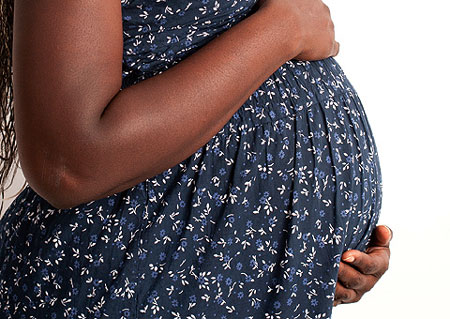 Infanticide, child abandonment and abuse — the Ugandan media is full of the stories. The missing story though is that the abused and murdered children are most probably survivors of induced abortion.

“There are over two million conceptions in Uganda every year. 200,000 to 300,000 of these miscarry or abort spontaneously but 350,000 abortions in Uganda are induced,” said Dr. Charles Kiggundu an obstetrician and gynecologist at a breakfast meeting convened by the Center for Reproductive Rights and Centre for Human Rights and Development in Kampala Wednesday, to discuss the laws and policies on abortion in Uganda.

“90,000 of the induced abortions end up with severe complications but only a half of them access post abortion services,” he added.

“Only half of the women with complications seek medical care. A few survive but many others die,” he added.

Joy Asaasira of CEHURD said of the 20 women in Uganda who die due to pregnancy and childbirth-related complications every day, four to five of these are due to induced abortion.

Dr. Kiggundu says these are needless deaths. The policy environment allows women to receive healthcare for post- abortion complications, however, studies have shown that when they seek care, it takes about 44 hours for them to get attention compared to 35 to 45 minutes other women spend in hospital before getting a service.

“Health workers do not want to treat women with abortion complications because they do not want to be seen to be accomplices to the termination of pregnancy,” he said.

He also pointed out that phrases on hospital documents like “Police notify” worry health workers and are a deterrent to provision of care for women.

‘Health workers do not want to get involved with police. They want to do their work unencumbered,” he said.

Women induce abortions due to unwanted pregnancies due to wrong timing of pregnancy or economic and social hardships.

“Some men tell their wives to abort because ‘they stopped having children’ and yet did nothing about it,” Dr. Kiggundu said.

Those who survive death end up with chronic pain, anemia, and infertility among other complications.

He said safe abortion services were available but hidden to the poor.

“You must be connected and well-oiled to access the services. Some women fly to South Africa to terminate pregnancies and return,” he revealed.

The consequences for the majority who go to quacks or unskilled medical workers working undercover are dire.

“We recover forks, pens, knitting needles, bed springs, sticks, herbs from women who run to us with botched abortions. Some of these things kill the woman before they even kill the foetus,” he said.

Treatment for those who survive death is expensive. According to CEHURD, sh17.6bn is spent on treating abortion complications.

Not only can this money be saved and spent on worthwhile health causes but women’s lives can be saved as well.

Government is also training nurses and giving them skills to perform manual evacuation procedures to attend to women with incomplete abortions.

“There are still many gaps,” said Dr. Kiggundu. “Uganda still produces health workers for export and retains only a few.”

He revealed that only 30% of the vacancies for skilled health personnel required to provide safe motherhood are filled.

It is no wonder that despite government commitments, advocacy efforts, plans and policies to reduce maternal deaths in the country, there has been no progress in this indicator in the past five years.

“26% of these deaths are due to unsafe abortion,” said Elisa Slattery the Regional Director, Africa Program Center for Reproductive Rights.

Slattery said studies on the law on abortion in Uganda have found that “abortion is permitted where a mother has severe illnesses threatening her health like cardiac disease, renal disease, eclampsia.”

The Centre for Reproductive Rights study also found that healthcare providers are not required under the Uganda law to consult one or more providers to get their consent before terminating pregnancy as has been previously believed.

The organization is calling on government to broaden access of information among healthcare professionals and the public as a means of stopping the tragedy.