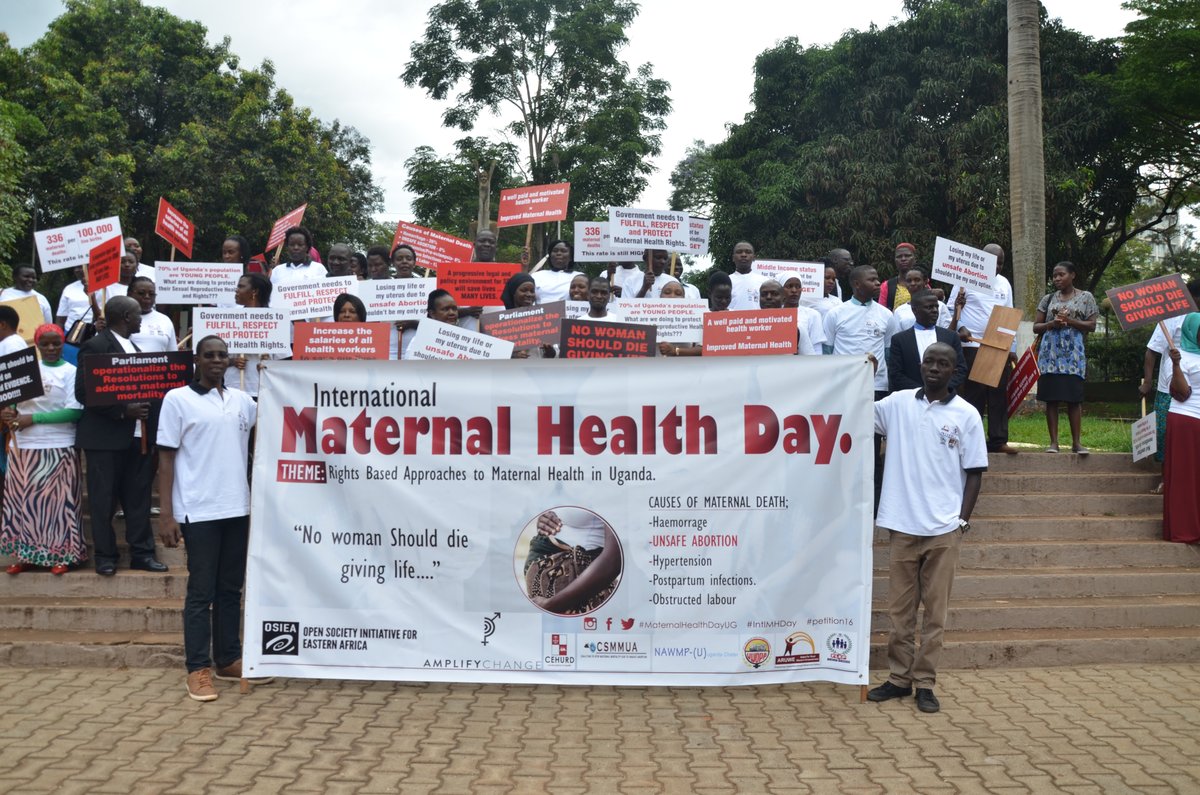 Maternal health remains central to humanity world over since it is among the key indicators of the health of the population in all countries across the globe. It is therefore true to say that the death of mothers due to pregnancy-related causes must be a key focus of the health system of any country if good health indicators are to be realized.
Uganda has a high maternal death rate. Around 7000 women die each year, as many as 20 mothers every day due to pregnancy and birth-related complications. Access to skilled birth attendance reduces the risk of maternal death and other child-birth related complications by up to 87 per cent, according to the 2014 State of the World’s Midwifery Report.

In Uganda, access to this essential care is constrained by a human resources gap in midwifery, and retrogressive policing around sexual reproductive health. With only 73 per cent of pregnant women receiving skilled attention the country is grappling with a huge number of women who die while giving birth to 336 deaths per 100, 000 live births as put forward by the 2016 Demographic and Health Survey (UDHS) as opposed to the 70/100,000 target by WHO. This places Uganda among the top five countries in terms of maternal health deaths in sub-Saharan Africa.

On 11th April 2018, Uganda joined the rest of the world to commemorate the International Day for Maternal Health and Rights under the Theme: “Rights Based Approach to Maternal Health in Uganda: No Woman Should Die Giving Birth.”

Civil Society, led by Center for Health, Human, Rights and Development (CEHURD), and other stakeholders including policy makers marched from the Independence Monument to Parliament where a dialogue with Members of Parliament was held to collectively find sustainable solutions to the alarming maternal mortality rate. “We want to see progressive laws when it comes to maternal health and SRHR in the country because that is when we shall be able to reduce on maternal mortality,” Mr. Jjuuko Dennis – Programme Officer at CEHURD, while UWOPA chairperson Hon. Monica Amoding backed by other women legislators pointed at the weak health system as the driving force behind high maternal mortality. They however pledged to support the ministry in designing new policies to reduce the death of mothers and women.

Civil Society used dialogue to petition Parliament in demand for the implementation of the resolution that was passed by the house on December 15, 2011 urging Government to institute measures to address Maternal Mortality in Uganda. Ms. Prima Kwagala from CEHURD highlighted a number of pending resolutions that were made by Parliament yet no action has ever been taken. Among these included tasking government through the Ministry of Health to strictly enforce maternal health audits and take actions to the established causes, together with developing a policy of compensation to the families of all women who die as a result of maternal related cases through government facilities