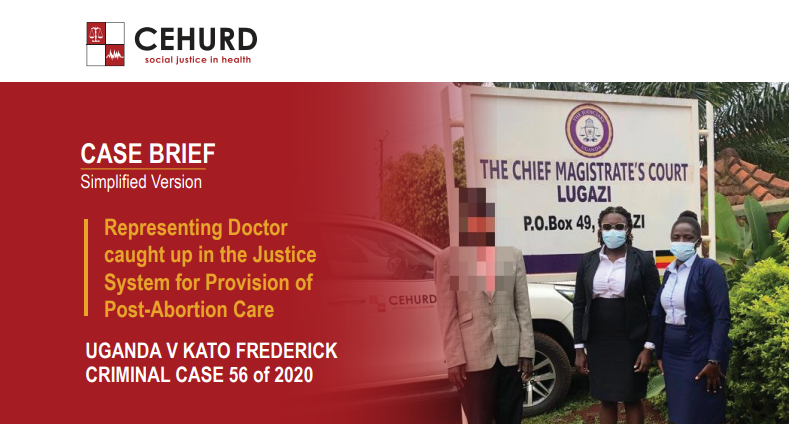 In April 2020, the accused was arrested for allegedly committing the offence of Supply of Drugs to procure abortion contrary to Section 143 of the Penal Code Act, Cap. 120 of the Laws of Uganda. He was arraigned in court, formally charged and subsequently remanded to Kitalya Maximum Security Prison, Wakiso District, Uganda. This affected the accused’s work and the eventual closure of his pharmacy.

Download case brief to learn more about the case;