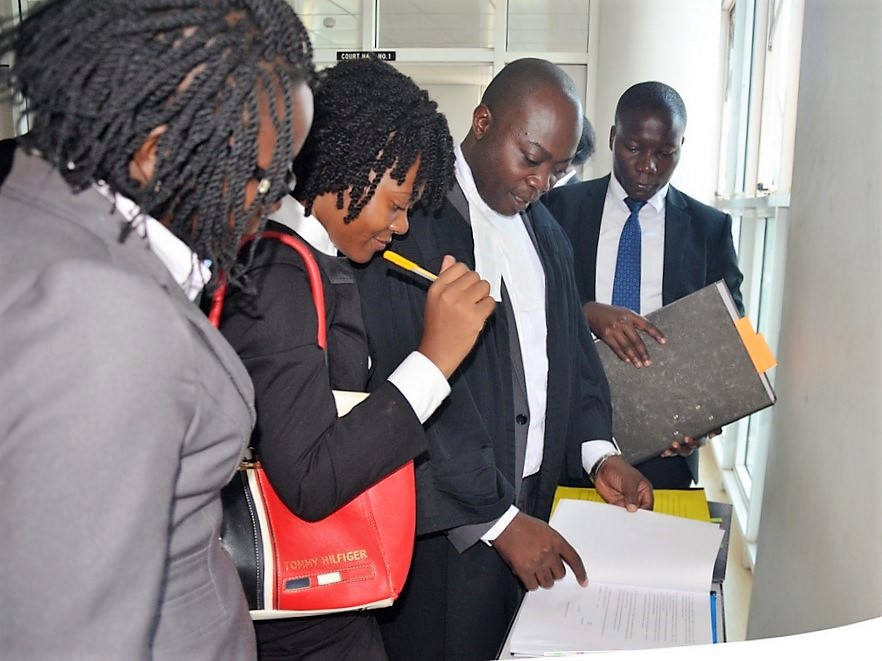 The Constitutional Court of Uganda responded in affirmative to CEHURD’s Constitutional Application No.15 of 2017 arising from Petition No. 46 of 2016 filed by British American Tobacco (BAT) in a court session heard by five Justices including Kavuma, Cheborion, Kasule, Butera and Obura.

Last year 2016 BAT dragged the Government of Uganda to court challenging several sections of the Tobacco control Act of 2015 claiming that they are in contravention of and/ or inconsistent with the constitution of the republic of Uganda. Upon this, they filled a petition challenging the constitutionality of the Act, and in the interim sought an injunction staying the application of the Tobacco Control Act.

Court will hear the application on 17th May 2017, and a ruling on the injunction application will be given on notice.

The constitution court ruled that CEHURD be added as an interested party after the Applicants conceded to the application. Parties to the case were given one week to file and serve necessary documents.
The next hearing will be on 17th May 2017.