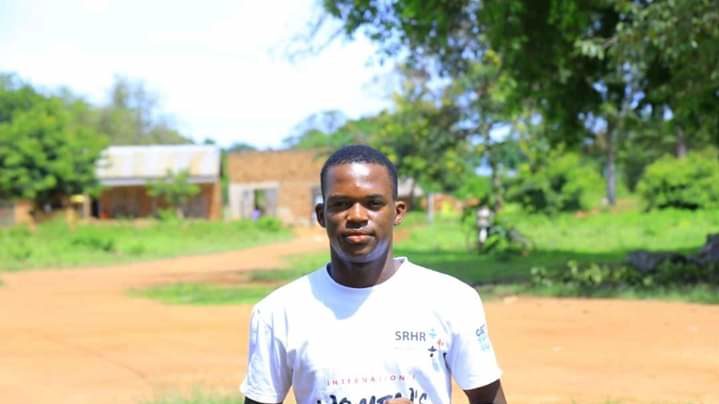 Posted on Jun 11, 2020Jul 22, 2020 Categories News 3 Comments on Government Measures In Response To Covid-19 Lead To Increased Gender Based Violence In Mayuge District

In February 2020, the government of Uganda under the Ministry of Health announced the outbreak of  COVID-19 s. The state under the directives of  His Excellency President Yoweri Kaguta Museveni enforced measures to curb the spread of  COVID-19, which is reported to be airborne, contagious and easy to spread.

Unfortunately some of the state  measures have hindered young people, women and men’s  access to health services & rights, living,  and finances. Most notable of these measures are the ban on public and private transport, and the ban on the majority of business, as long as they don’t provide essential services.

The above means that everyone who operates  different types of business such as taxi drivers, conductors, tailors, bar attendants, shopkeepers are not working but instead staying at home, idle. As a result of this idleness, we have seen an increase in reports of gender based violence (GBV) among men and women and alcoholism. Gender based violence refers to the violence directly against a person because of their gender. While both women and men experience GBV, the majority of victims are women and girls.

In the sub-counties of Mayuge District such as Wairasa and Magamaga, local leaders such as the LC1, LC II and the police agree that there has been an increase in cases reported ever since the President  issued the different directives  to prevent COVID-19. As Community Health Advocates, one of  our objectives is to stop family conflicts and gender based violence in our societies. Therefore, when we  heard of these violations happening in our communities, we reached out to the local leaders to identify the likely causes. Some chairpersons at local council level believe that all these violations are as a result of people being idle as they stay at home.

The LC1 chairperson of Kawudu Zone Village, Magamaga town council in Mayuge District, Mr Mohammad Waibi said, “A big number (60 per cent) of men from his village were not staying at home [for this long] but due to the presidential directives, they have been  forced to stay at home. These are the very people fighting with their wives and mistreating them.” He further stated that during the COVID-19 lockdown, he has received at least one case every three days, which was uncommon in the past.

Mr Waibi added, “Recently, I received a case of a pregnant woman who was beaten by the husband accusing her of asking him for money for food. I called the husband and he told me his wife knows very well that he had to stop working due to the COVID-19 directives but  still insists on asking for money.” The LC1 therefore calls upon the government to  lift some of these measures to enable some men go back to their jobs in order for these cases related to gender based violence to decrease.  He  was grateful  to the Center for Health, Human Rights and Development (CEHURD) in collaboration with Community Health Advocates for supporting  communities in matters of  health, gender based violence and human rights through sensitisation, raising awareness and dialogues.

As Community Health Advocates trained by CEHURD to fight against such human rights violations in our societies, we appeal to the government of Uganda to hear the outcry of the people and adopt a human rights based approach in minimising the spread of COVID-19. This will save lives of people, especially women who are at a high risk of experiencing gender based violence. Failure to do this may unfortunately negatively impact  the most vulnerable in the communitings (women/girls) resulting into death due to poor medical health care and increased rape, sexual harassment, poverty due to lack of jobs, family neglect, high health violations, teenage pregnancy, early child marriages, unintended pregnancies due to lack of access to family planning, and discrimination among other issues.

The writer is one of CEHURD’s Community health advocates in Mayuge District.