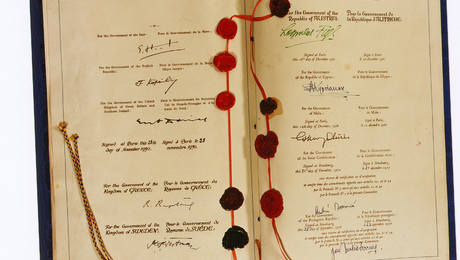 BRUSSELS – Amnesty Intentional, Oxfam, Reporters without Borders as well as internet rights groups and the Council of Europe all spoke out against the Anti-Counterfeiting Trade Agreement (Acta) at a European Parliament hearing on Wednesday (11 April).

“The vision set out by the Universal Declaration of Human Rights is at stake,” warned Marianne Mollmann, senior policy advisor of the London-based organisation human rights group Amnesty International.

Mollmann said the trade agreement threatens the right to the freedom of expression, the right to health, the right to due process and fair trial, and the right of an author to benefit from the protection of moral and material interests resulting from any scientific and literary production.

“These are all human rights that need to be balanced [in Acta], and they are not,” said Mollmann, adding that the trade agreement shifts liability of copyright infringement onto service providers and encourages private entities to enforce and police its users.

The NGOs raised a number of issues surrounding the controversial agreement, qualifying it as dangerous for promoting over-policing, unreasonable levels of surveillance, risks to privacy, and even development.

None of the NGOs present at the hearing had been invited and asked to provide input during the treaty’s negotiation, creating a cloak of secrecy that some believe has further undermined its legitimacy.

As an international trade agreement, Acta is supposed to help countries work together to tackle large-scale intellectual property rights violations, according to the European Commission. It also targets counterfeit goods and generic medicines.

But mounting public pressure and protests from around Europe may derail its ratification by the European Parliament, scheduled for either June or July.

EU trade commissioner Karel de Gucht last week requested the parliament refrain from any ratification until the treaty has been scrutinised by the European Court of Justice (ECJ), a process that could take months.

The European Parliament’s international trade committee, however, voted on 29 March not to send the treaty to the ECJ.

NGOs refute Commission’s claims on Acta
The commission claims the agreement is in line with European fundamental rights such as the freedom of expression and information or data protection and the right to property including that of intellectual property.

But experts at Wednesday’s parliament hearing, organised by Dutch Liberal MEP Marietje Schaake and Bulgarian Socialist MEP Ivailo Kalfin, all refuted the commission’s claims, arguing instead that there is a clear imbalance in the favour of intellectual property rights rather than natural rights.

The treaty mentions intellectual property rights 43 times. Fundamental rights are not mentioned at all, while freedom of expression is mentioned twice as a principle rather than as a right, said Gabrielle Guillemin, a legal officer at the London-based NGO Article 19.

“The criminal provisions under Acta lack the legal certainty required under international law, under article 10 of the European Convention on Human Rights as well as article 52 of the EU Charter of fundamental rights,” she explained.

The commission also says the treaty would safeguard European businesses, promote growth, stimulate innovation and create and protect millions of jobs. Again, experts at the hearing refuted the claims.

Sebastiano Toffaleti of the Pan European ICT & eBusiness Network for small businesses (PIN-SME), which represents some 50,000 small-ish IT companies, said the treaty would instead undermine European enterprise and innovation.

“Acta would hamper innovation and growth of SMEs that develop content and market it online,” said Toffaleti.

According to Toffaleti, criminal liability threats in the treaty would deter internet service providers (ISPs) from hosting products developed by SMEs irrespective whether the claims are legitimate or not.

Meanwhile, a US-based study, entitled The Sky is Rising , concluded that the entertainment industry grew by 50 percent in the last decade. The overall industry, including books, music, video games and films, grew from €341 billion in 1995 to €567 billion in 2010.

The study infers that the commission’s argument that Acta is needed to safeguard and promote such sectors is not based on fact. 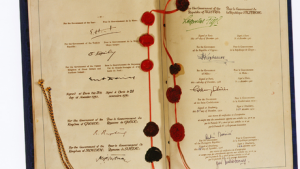