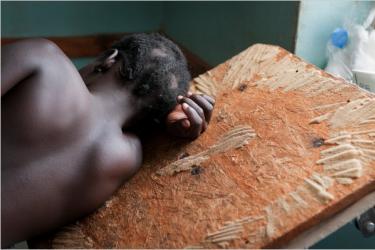 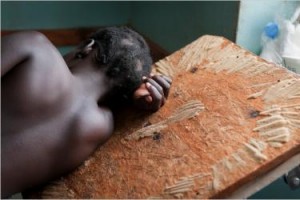 Sylvia Nalubowa’s surviving twin is two-and-a-half; Jennifer Anguko’s baby turned one this past winter. Both of their mothers died giving birth to them – they are orphans of maternal mortality, an epidemic that continues to plague Uganda as it does the rest of the developing world. But these babies are also children of history.

Their mothers have become the face of a landmark case in Uganda that seeks, for the first time, to assign blame to the government for the deaths of women in childbirth. Last March, Ugandan human rights groups joined families of the deceased to file Constitutional Petition 16, alleging that the Ugandan Government failed to protect the women’s constitutional rights to life and health by allowing them to die in ill-equipped and poorly managed public hospitals, or failing to provide them with basic maternal care.

“We are seeking a declaration that maternal deaths happening due to avoidable causes is a violation of the right to health,” said Primah Kwagala, a lawyer for the Centre for Health, Human Rights and Development (CEHURD), a lead petitioner of the case. “The government should own up and increase funding towards maternal Health, and fulfill the Abuja Declaration to give at least 15% of the annual budget to the Health Sector.”

One of the key complaints in the petition is the Government spends just one-quarter on maternal health of what it pledged to spend, per capita.

Each woman died of negligence, essentially, as do 1 in 35 Ugandan women during pregnancy or childbirth. From ill-equipped health workers untrained for obstetric emergencies to inaccessible clinics, birth control stock-outs, and unsafe abortions gone very wrong, women in Uganda are forced to play Russian Roulette with a failing health system.

The petition was filed in March and heard in October, garnering impressive and global attention from advocates and media around the world. It seemed a rare breakthrough in an endless news cycle that treats maternal deaths as sad, but inevitable.

“Maternal health has been overlooked, as people seem to look at it as the daily status quo. People do not know that they have a right to good health service provision; they think it is a privilege,” said Kwagala.

An objection was raised during the petitions hearing which derailed promising momentum, and which must first be ruled upon before the actual petition hearing can move forward. Since then, five months have elapsed and the global media has long since packed up.

This petition was unique from other cases like it worldwide, which have sought retribution for the violation of women’s rights. Other cases before it have centered on unusually cruel and exceptional circumstances – for instance a 17-year old Peruvian woman denied the abortion of her anencephalic fetus, being forced to deliver and breastfeed until it died. Rather, this petition focuses on the mundanity of the status quo, seeking to “make it famous” as an acute abuse of human rights. Given the scale of maternal mortality in the country, the outcome of this petition could potentially put the government on the hook for crimes against humanity.

“Governments have an obligation to take action to prevent maternal deaths, which represent a gross violation of women’s basic human rights,” said Jill Sheffield, President of Women Deliver. “Where human rights have been violated, individuals and organizations must turn to the courts at the national, regional, and UN levels. Health systems that deliver for girls and women, deliver for everyone.”

Women Deliver and the Ugandan group Partners in Population and Development co-hosted a regional consultation on maternal health in the capital city late last month, drawing African maternal health experts from across the continent. The petition didn’t come up explicitly, but experts spouted the same important, but now redundant, points they have for years: women deserve more, and when they get more, we all win.

Maternal health seems to be a chronic back-seat issue, barring a few hopeful moments in history. One of those was 2010, when the Women Deliver conference drew 3,000 maternal health advocates to hear Melinda Gates announce $1.5 billion in new funds for the issue. Soon after, global maternal health data estimates confirmed that progress was underway; the G8 made maternal health its pet issue, and the UN Secretary-General launched a major initiative, the Global Strategy for Women’s and Children’s Health.

That was two years ago. It is too soon to comment on progress, but in many ways outward excitement for this issue has drained. In recent months, it isn’t maternal deaths, but rather the wanted ghost of war criminal Joseph Kony which has catapulted Uganda into the news once again. Love it or hate it, the KONY2012 campaign generated a magnetic force field of global attention toward Uganda. Deft Ugandan advocates parlayed that to leverage new commitments to Nodding Syndrome, a disease overlooked for years. The country’s rising HIV prevalence, has also garnered new focus. Surely this is an opportunity for maternal health advocates to claim their stake once and for all.

“The Government of Uganda talks a good game about its commitment to maternal and reproductive health, but it needs to do more than talk,” says Elisa Slattery, Africa Regional Director for the Center for Reproductive Rights. “It must put money and resources behind efforts that save the lives and health of women.”

What exactly should those efforts look like? That should be up to Ugandan health professional and advocates. Kwagala easily rattles off a list: “recruit more midwives, increase the pay of health workers to motivate them. Amend the constitution to include the right to health. Provide redress measures to patients whose rights have been violated & respect citizen’s rights.” There are other crucial issues to address, like ensuring access to birth control and considering expansions to the country’s abortion law. A recent government estimate suggests it is the cause of 26 percent of maternal deaths in the country.

An even more pragmatic first step might be addressing electricity cuts. “How honestly do you expect a health worker to perform C – Sections on a mother who is suffering obstructed labour if there is no electricity to sterilize instruments, or even light to see if it is in the night,” asks Kwagala. Last week, CEHURD filed a complaint against a major power company, alleging indiscriminate load shedding (rolling blackouts to save money) at hospitals undermined patients right to health.

It’s not for lack of ideas to save them, whether creative or practical, that Ugandan women are dying, but for lack of action. And when it comes to maternal mortality, Uganda is in a unique position: it has neither the best nor the worst death rates in the continent. It was commended by the UN in 2010 for “making progress,” having reduced deaths by 36 percent from 1990 to 2008. Maternal mortality remains a problem of considerable magnitude, but there are potentially enough resources to actually address it.

Last week, CEHURD and their co-petitioners got a break. After constant follow-up and months of waiting, they received a letter from Deputy Chief Justice Alice Mpagi Bahigeine:

“The delay in delivering the ruling is very much regretted. However, it has been brought to the attention of the Hon. Justice responsible and everything possible to ensure speedy disposal of the matter.”

This acknowledgement signals that the government knows the world is watching, and perhaps really is committed to prioritizing this issue. The outcome is still in question, so it is too early to say that the paradigm has shifted but instead we should recognize that it is, indeed, shifting, and we can still do our part to catalyze that.