Improving the legal environment for provision of HIV and TB services to key populations, PLWHIV and those with TB in Uganda 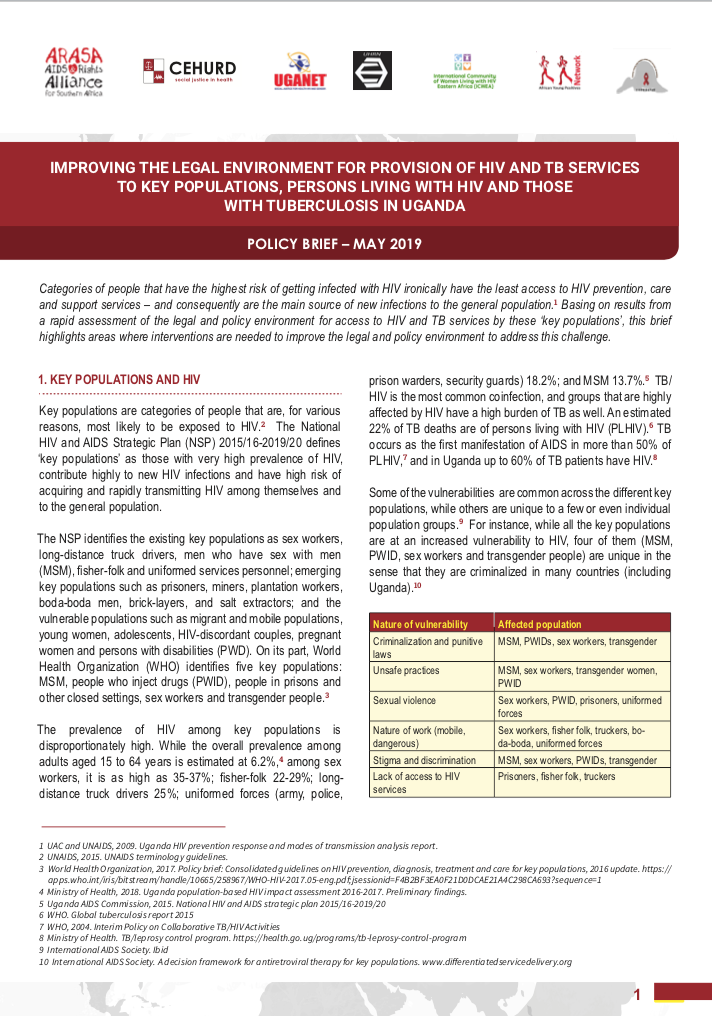 Categories of people that have the highest risk of getting infected with HIV ironically have the least access to HIV prevention, care and support services – and consequently are the main source of new infections to the general population. Basing on results from a rapid assessment of the legal and policy environment for access to HIV and TB services by these ‘key populations’, this brief highlights areas where interventions are needed to improve the legal and policy environment to address this challenge.

Key populations are categories of people that are, for various reasons, most likely to be exposed to HIV. The National HIV and AIDS Strategic Plan (NSP) 2015/16-2019/20 defines ‘key populations’ as those with very high prevalence of HIV, contribute highly to new HIV infections and have high risk of acquiring and rapidly transmitting HIV among themselves and to the general population.