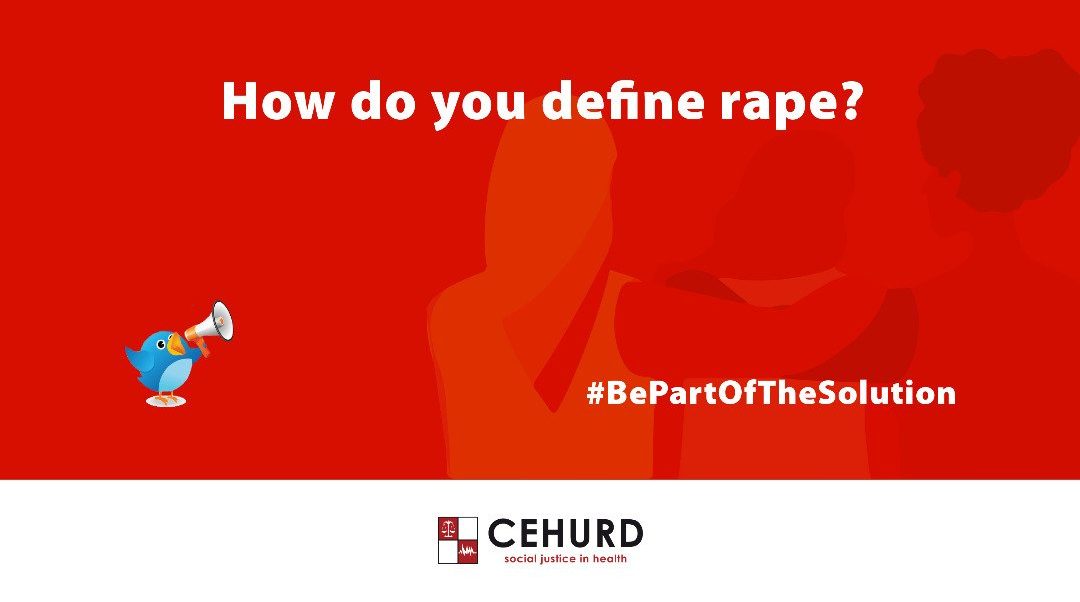 Sexual violence is any act which violates the autonomy and bodily integrity of women and children under the international criminal law including but not limited to; rape, sexual assault, grievous bodily harm, mutilation of female reproductive organs among others. It can also be seen as a form of violence against women (and men, who can also be sexually harassed) and as discriminatory treatment.

Legal definition of some types of sexual violence

Under the law a person charged with aggravated defilement is obliged to undergo a medical examination as to determine their HIV status.

The law on defilement further provides for payment of compensation to victims of defilement in addition to any sentence imposed on the offender. It provides for the offense of child-to-child sex, where the offender is a child under 12 years; and when committed by a male child and a female child upon each other when each is not below 12 years, each of the offenders shall be dealt with as required by the Children Act.

Gravity of the sexual violence state in Uganda

Sexual and gender-based violence offenses are the most common and prevalent offenses committed in Uganda. [3]Through 2005-2014, rape fluctuated substantially; it tended to decrease ending at 2.9 cases per 100,000 population.[i]

Why the increase in sexual offenses in Uganda?

Clearly it is not the absence of the Law that has caused failure to eliminate sexual violence in our society because the different actors under the referral pathway like police, Ministry of Health, Parliament, religious sector, the media, Health and Human rights organizations like CEHURD are the leading institutions in fighting this vice. But it is still an uphill climb,

Who is mostly at the risk of sexual violence?

Effects of The Rape Trauma

[3] The presiding High Court Judge, Justice Gadenya Paul Wolimbwa, much attention is drawn towards Sexual Gender Based Violence cases such as defilement, rape and domestic violence, because they constitute 62 percent of the cases in the High Court of Uganda.[3]