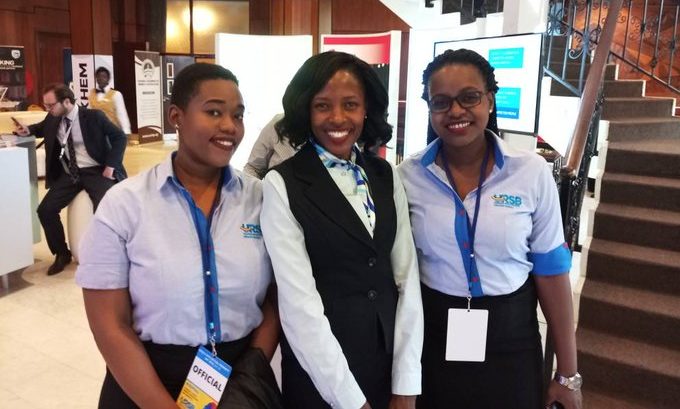 In 2014, Uganda adopted the Industrial Property Act, with a landmark clause excluding pharmaceutical products from patenting at least until 1st January 2033.

Despite this positive move, pharmaceutical patents continue to be a barrier. The Africa Regional Intellectual Property Organization (ARIPO) administers the filing and grant of patents for 18 countries in sub-Saharan Africa including Uganda and annually churns out hundreds of pharmaceutical patents that apply to Uganda inconsistent with its national law.

The exclusion of pharmaceutical patents in the 2014 Act is aimed at addressing the massive challenge of access to medicines in Uganda. Notably it is also to promote its potential as a manufacturer of generic medicines, following in the footsteps of countries that developed a robust pharmaceutical sector due to the absence of pharmaceutical product patents.

Uganda’s precedent setting pharmaceutical waiver clause is consistent with the requirements of the World Trade Organization’s Agreement on intellectual property commonly known as the WTO-TRIPS Agreement and international expert recommendations. The WTO-TRIPS Agreement features special rights for countries designated as least developed country (LDC) by the United Nations.  Recognizing that LDCs have economic, financial and administrative constraints, and need policy flexibility to create a viable technological base, in 2015, the WTO granted all LDCs the right to refuse the granting of pharmaceutical product patents at least until 1st January 2033, with the option to renew it in the future.

The effect of patents on the affordability of medicines is an international concern. When a medicine is patented, it grants the patent holder a monopoly for at least 20 years. In 2000, patent holders of life-saving antiretroviral treatment charged $10,439 for a year’s supply of the treatment. The high price tag meant patients living with HIV/AIDS were mostly condemned to death. Entry of affordable generic versions of the treatment dropped prices significantly over time to less than US$100 crucial factor in the global scaling up of HIV/AIDS treatment.

Impact of patents on access to affordable treatment is likely to be more acutely felt with the rise of non-communicable diseases such as cancer and the prohibitively high cost of treatments. A 2018 technical report of the World Health Organization notes “Cancer medicines under the protection of intellectual property are unaffordable to patients and health care systems in low- and middle-income countries” and recommends that countries use flexibilities provided by the WTO-TRIPS Agreement to address the patent barrier. In this context, the flexibility of exemption of pharmaceutical product patents granted by the WTO and adopted by Uganda’s patent law is the right step forward. Apart from Uganda, several other African LDCs such as Rwanda, Liberia and Zanzibar have implemented this flexibility nationally.

In 2012, the Heads of States of Africa adopted a Road-map on Shared Responsibility and Global Solidarity for the AIDS, Tuberculosis and Malaria Response in Africa: treating prevalence of infectious diseases “as an emergency for the region”, raising concern also that national responses to AIDS, TB and other infectious disease are highly dependent on external financial and foreign produced medicines and that this “dependency poses grave risk to the Continent”. The Road-map zoomed in on the LDC pharmaceutical waiver as a crucial policy tool to create a sound and viable technological base in the pharmaceutical sector in the region.

Uganda is well-placed to exploit these opportunities to promote its nascent generic manufacturing capacity as evidenced by the partnership between Cipla a well-known Indian generic company and Quality Chemicals, a local Ugandan company formed which continues to date as CiplaQCIL. This partnership is borne out of concern that countries with established generic manufacturing capacity will be barred from supplying generic versions of patented medicines, and to exploit Uganda’s status as an LDC with freedom from patent protection.

While forward steps are taken at the national level, little has been done to ensure consistent implementation by ARIPO at the regional level. Since 2014 countless pharmaceutical patents have been granted by ARIPO that apply to Uganda.

According to the Ugandan patent office authorities, ARIPO has been notified of its national law, however this has done little to prevent ARIPO from granting pharmaceutical patents that extend to Uganda.

A similar situation prevails in other LDCs that are ARIPO members such as in Rwanda and Liberia whereby ARIPO patents are being granted inconsistent with national legislation. This situation creates legal uncertainty that could hinder the manufacturing or importation of affordable generic medicines.

Notably twelve out of the eighteen ARIPO members are LDCs: entitled to the pharmaceutical waiver. Exploitation of the LDC waiver is globally supported for its role in promoting access to medicines, and improving self-reliance through local/regional production. Yet ARIPO persist in granting pharmaceutical patents that extends to all LDCs, hindering manufacture, export and import of affordable generic medicines.

Public health and legal experts say that ARIPO’s legal framework, the Harare Protocol requires urgent review and change in that it should be implementing the pharmaceutical waiver so that pharmaceutical patents do not apply to LDCs.

In 2017, the High-Level Meeting on Promoting Policy Coherence on Health Technology Innovation and Access in the ARIPO Region organized by the Government of Malawi as well as the 16th Session of the Council of Ministers of ARIPO also considered it to be critical to improve legal and policy coherence at the Regional level.

Accordingly, civil society across ARIPO Members have repeatedly called for implementation of public health sensitive TRIPS flexibilities in ARIPO. In June 2019, to move the issue forward, detailed proposals were presented to the ARIPO Secretariat.

Despite this and the numerous promises made to civil society by the ARIPO Secretariat that it will engage on this matter, discussion on this important subject has been conspicuously absent.

Given what’s at stake in Uganda, it should take leadership at the upcoming Administrative and Ministerial Meetings of ARIPO beginning next week to initiate a credible, transparent and inclusive process that includes civil society to review the Harare Protocol from a public health perspective and to explore implementation of WTO-TRIPS flexibilities in particular the pharmaceutical waiver that is imperative for public health.