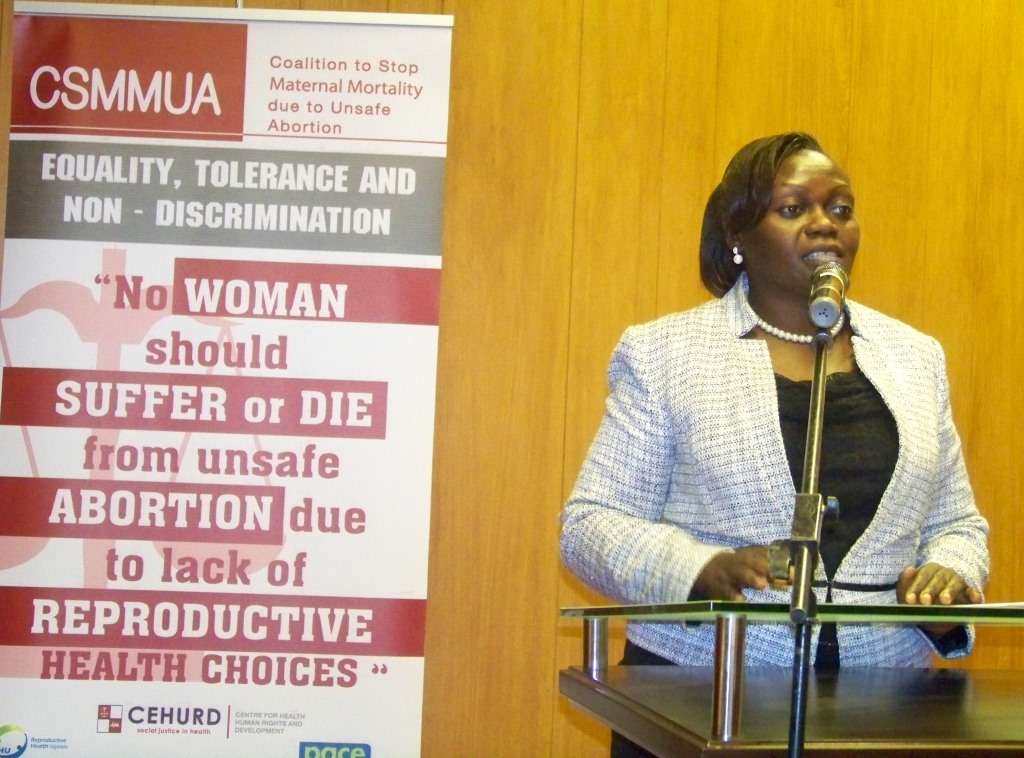 Activists in Kampala representing health, HIV/AIDS, human rights, and women’s organizations have today gathered in Kampala at the Supreme Court of Uganda as a panel of Justices begin hearing a Constitutional appeal against Constitutional Court’s ruling that it could not determine whether by mothers dying in child birth is a violation of their constitutionally guaranteed rights. The Constitutional Court in 2012 decided that matters brought before it by Center for health Human rights and others, did not fall into its mandate of interpreting the Constitution but a preserve of the Executive and Legislature. The Court termed this as a “Political question doctrine”.

Constitutional appeal No.1 of 2013 argues that the Constitutional court misapplied the “political question doctrine (doctrine of separation of powers) as this doctrine is one that cannot be applied in cases of violation of human rights.

“It’s such an old doctrine that prohibits one branch of government from interfering into work of another branch but this is not applicable to Uganda whose courts have an oversight role of checks and balances. It also doesn’t apply in cases of human rights violations like the one before court” Mulumba Moses, Executive Director, Center for Health, Human rights and Development (CEHURD)

The case, from which this appeal arises, Petition Number 16 of 2011, argued that by not providing essential medical commodities and health services to pregnant women, the Government is violating the Constitutional rights of Ugandans, including the right to health, the right to life, and the rights of women. The Petition highlights the case of Sylvia Nalubowa, a mother in Mityana and of Jennifer Anguko, a mother and District Councilor in Arua, both of whom died in childbirth. Members of the families of the deceased women are also present for the hearing.

Many reports of additional maternal deaths from across Uganda have come to light since the groundbreaking case was filed on 3 March 2011.16 women in Uganda die each day in childbirth!

“We believe justices of the Supreme Court have a role to play in preventing such deaths” Nakibuuka Noor, CEHURD.