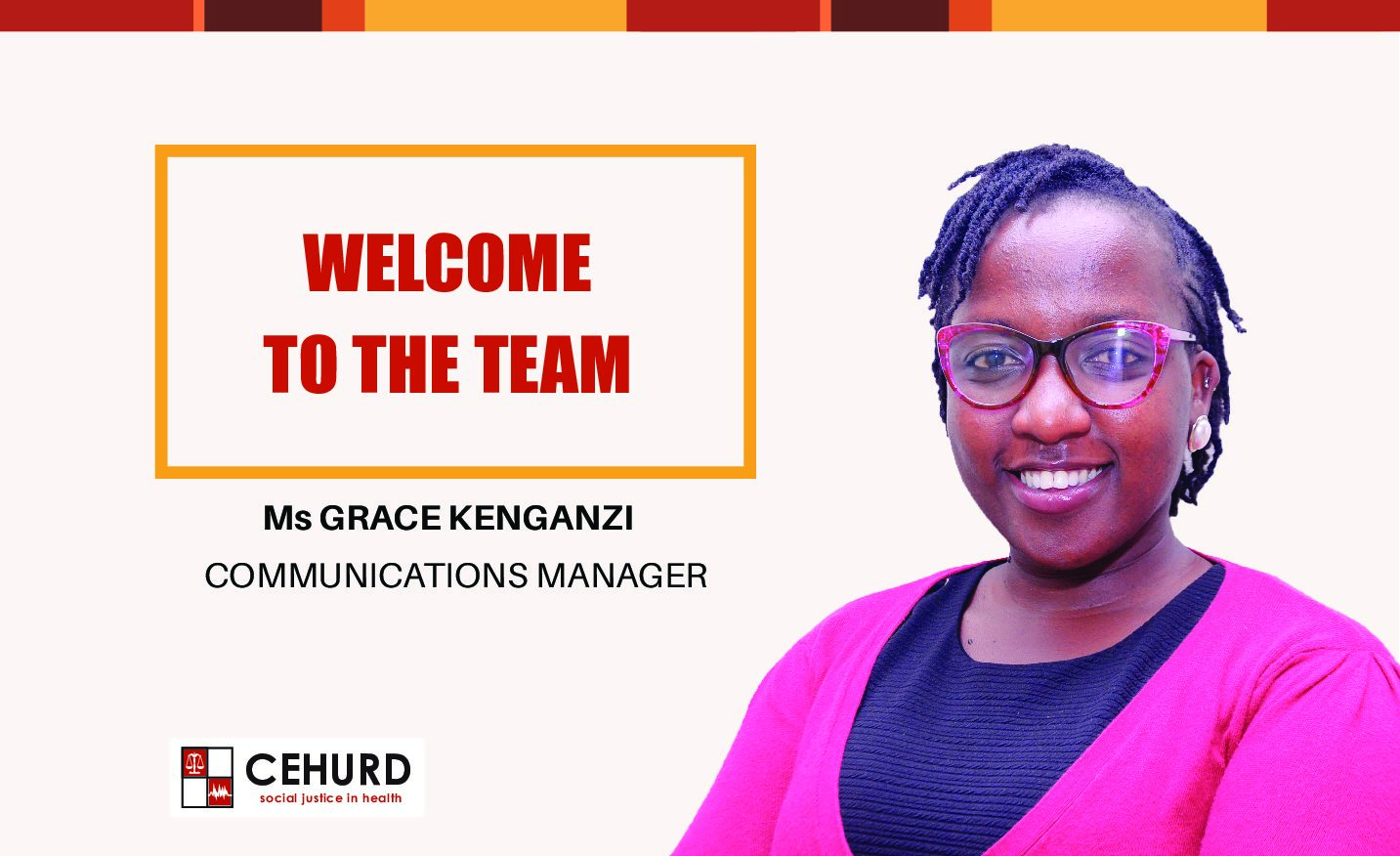 We are pleased to welcome Ms Grace Kenganzi to Centre for Health Human Rights and Development (CEHURD) as our Communications Manager.
Ms Grace Kenganzi has worked in media and communications for nine years. Before she joined us, she was an editor with Monitor Publications Limited. She brings with her, experience in journalism, strategic communication, stakeholder engagement and management. Her skills fits into our work in making an impact through CEHURD’s five-year strategic plan, 2020 – 2024. 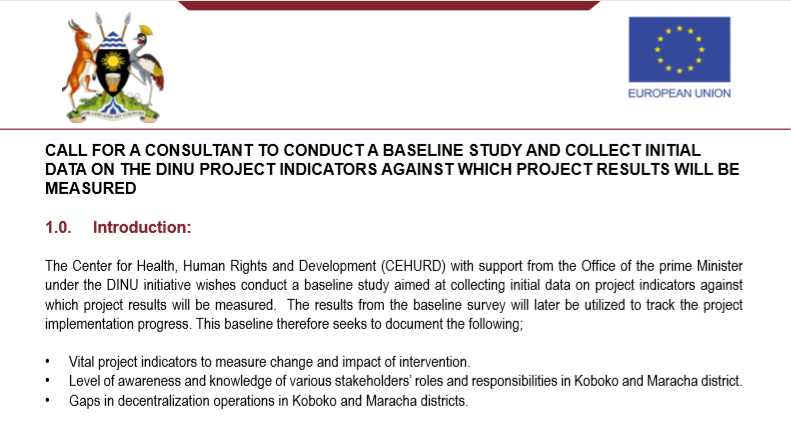 The Center for Health, Human Rights and Development (CEHURD) with support from the Office of the prime Minister under the DINU initiative wishes to conduct a baseline study aimed at collecting initial data on project indicators against which project results will be measured. The results from the baseline survey will later be utilized to track the project implementation progress. This baseline therefore seeks to document the following;
• Vital project indicators to measure change and impact of intervention.

• Level of awareness and knowledge of various stakeholders’ roles and responsibilities in Koboko and Maracha district.

• Gaps in decentralization operations in Koboko and Maracha districts. 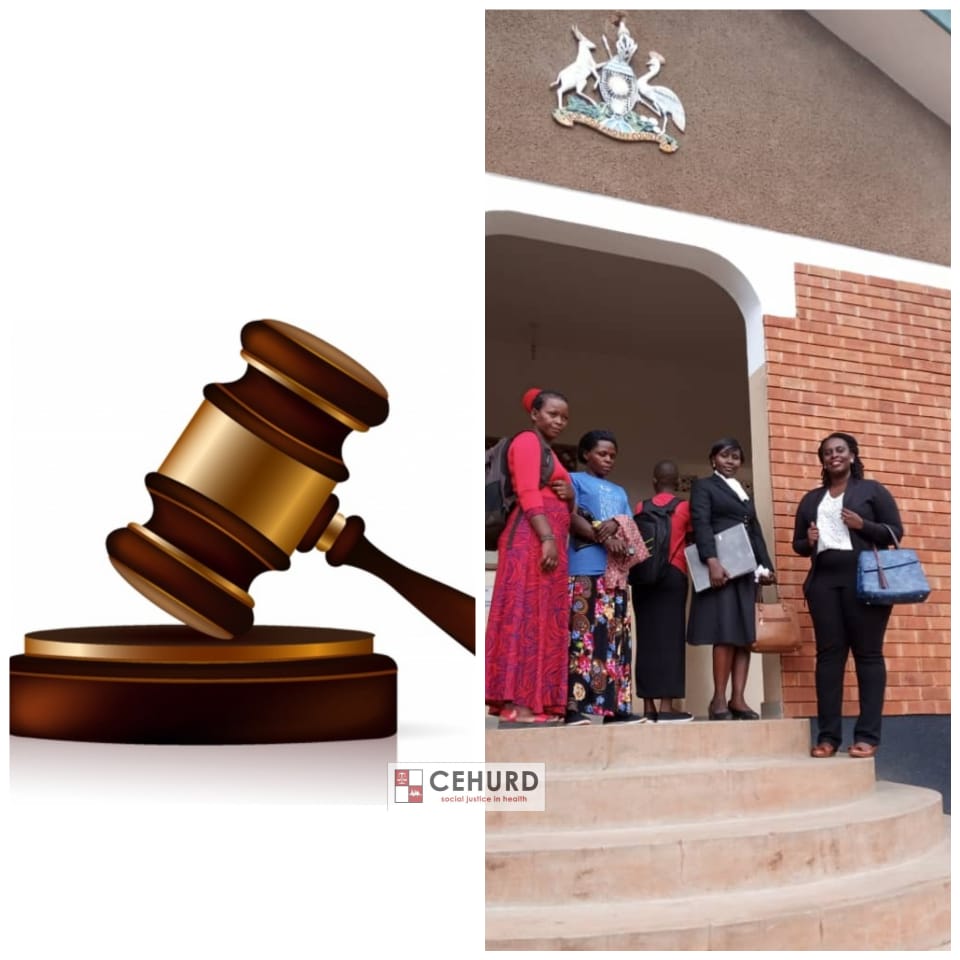 Afterwards he threatened her not to tell anyone and abandoned her in the swamp, riding away on his bodaboda. Joy painfully walked the rest of the journey home and reported what happened to her to her mother. The very next morning Joy, accompanied by her mother reported the matter to police and medical tests were conducted which confirmed that she had been indeed sexually assaulted, she also managed to identify Damulira Christopher as the aggressor and a complaint was registered.

CEHURD carried out a training for adolescent girls, young women, health workers and Police in Gomba District on Sexual Gender Based Violence (SGBV) in 2017 under the DREAMS project and this team that had been trained carried on the information to more people we could not reach directly. One of the topics during the training included seeking medical treatment after defilement, reporting the case to police, proper storage of evidence and non interference with evidence and Joy was a beneficiary of this training.

CEHURD was notified about this case following interventions being made under the DREAMS project on SGBV fighting for access to justice for survivors of SGBV, the team drove to Gomba District, where the assault happened, met and talked to the victim, the complainant, health workers and Police to ascertain the facts of the case and worked with Police to have Damulira Christopher arrested. The team also worked with Police and the Resident State Attorney to have the police file sanctioned and forwarded to court for trial.

The matter was fixed for trial following our efforts and during the proceedings it was discovered that Damulira Christopher is a habitual offender and had a criminal record of two charges of assault and theft. He committed the sexual assault a week after his release from prison. Ultimately Damulira Christopher pleaded guilty to defiling Joy because of the overwhelming evidence and was sentenced to 30 years in prison including time spent on remand on 21st February 2020.

Our team has been pursuing this case since 2018 and our interventions through watching brief have ensured that Joy achieved justice. She is now in school having completed senior four in 2019. This is a great milestone in our effort to help SGBV survivors to access justice.

CEHURD needs the services of a firm/individual to conduct an organizational capacity assessment of its implementing partners to identify their strengths and capacity gaps in areas of; Organizational governance, leadership and strategy, Human Resource policies and procedures, Financial policies and procedures, Programme development and management, Technical capacity in SRHR work (advocacy, movement building, networking), and Risk management, aimed at pushing forward the Joint Advocacy for Sexual Reproductive Health Rights (JAS) program on the progressive realization of SRHR in different constituents.