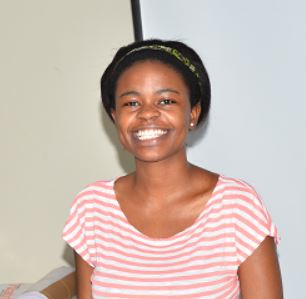 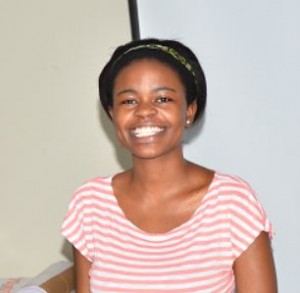 “Intellectuals solve problems; geniuses prevent them.”-Albert Einstein. This notion rhymes well with the trend taken by civil society organizations in Uganda. They have won the hats of intellectuals and not geniuses, in solving human rights related problems. This they have done through empowering communities to demand for rights, developed research programs, and litigated in the areas of health among others, While these interventions are necessary to address some key underlying issues of human rights abuses, it could be improved by first tackling the root cause of limited success of human rights.
It is not surprising that many of the human rights violations that call for the need for civil society to intervene, are mainly due to the limited government budgetary resources attributed to key sectors such as health, education and the judiciary. One of the key issues that have been discussed and strategies developed by CEHURD a civil society organisation committed to social justice in health, is the budget allocation to the health sector.
An analysis of the budgetary allocations to the Health Sector shows a 5% increment of the budgetary allocations to health in the FY 2015/2016 compared to FY 2014/2015. In April 2001, the African Union Heads of State, including the Ugandan President, met in Abuja, Nigeria and pledged to increase government funding of the health sector to at least 15% of the national budget. Despite this commitment however, Uganda’s allocation to the health sector for the past 5 years stagnantly remained between 7-9%. This is a clear indication that either there is a lack of political will to realize the enjoyment of the right to health by its citizens or that it has failed on its commitment made in 2001 at Abuja. It is no wonder that the sector is constantly ailed with shortage of medicines supply, low remuneration for medical staff, low staffing in public health centers, poor health facilities all over the country among others.
The continued limited allocation of the national budget to the health sector coupled with resultant human rights violations (that obviously occur due to the limited budget) saw CEHURD and others institute a case to try to remedy the situation. The case filed against Wakiso District Local Government (CEHURD, Emmanuella Anzoyo, suing through next friend Christine Munduru & anor v Wakiso District Local Government & Medical Superintendent, Entebbe General Hospital)highlights of the Entebbe General Hospital, which is located in Wakiso District to stalk and provide free rabies medicine to individuals bitten by stray animals. This case highlights a story of an 8 year old, Emmanuella Anzoyo who was bitten by a stray dog in Kasenyi (one of the suburbs along Entebbe road). Her mother was quick to take her to Entebbe General Hospital for treatment. The poor woman (who has no job and under the care of good Samaritans) was asked to pay Ugx. 250,000 for the dosage of the anti-rabies vaccine for her daughter. It should be noted that once this vaccine is not administered in the first ten days, it is automatic that the patient dies.
How does this relate to limited budgetary allocations? A close look at the sectorial budgetary allocations, reveals that National Medical Stores funding has remained the same as the last financial year. This is so despite the recent 2014 census reports that portrays an increase in the national population to 37 million people. The injustice in this case lies in the fact that the rabies vaccine was not economically accessible to young Emmanuelle, since it was too expensive. Her mother needed money that she did not have, making the medicine inaccessible to her, thereby amounting to a violation of Emmanuelle’s right to health. With the continued budgetary allocations to health, there will be continued limited access to medicine, and hence the subsequent achievement of the right to health in Uganda this financial year, as there will be limited resources to work with.
It is the role of governments to promote fulfill and protect individuals’ right to health. This stretches to the government’s responsibility to ensure that essential medicines such as the rabies vaccine are available and accessible by the people. Once government falls short of its aforementioned obligation, it is the role of civil society to awaken it to this. One way could be making a shadow budget that is aimed at ensuring the respect and fulfilment of all human rights. Additionally Civil Society could empower communities to demand for involvement in health program implementation, planning and monitoring.
This calls for venturing into budget related advocacy at both local and national level, so as to prepare for the FY 2016/2017. This has to be a concerted effort of civil society, and not by just a few members. There is also a need for capacity building within civil society as regards to budget advocacy so as to create a concerted, timely, and effective movement. If not, we will continue to bandage up the wounds, without removing the log that we keep stumbling over.
It is now time for civil society to wear the hat of the genius as Einstein proposes, and find more permanent ways of preventing recurring human rights abuses. If we continue to do things the same way, we will continue to yield the same results. Now is the time to step away from the traditional forms of advocacy and embrace a transformational tool-budget advocacy, by all civil society members.
By;
Kisakye Juliana
Centre for Health Human Rights and Development-CEHURD (Intern 2015)