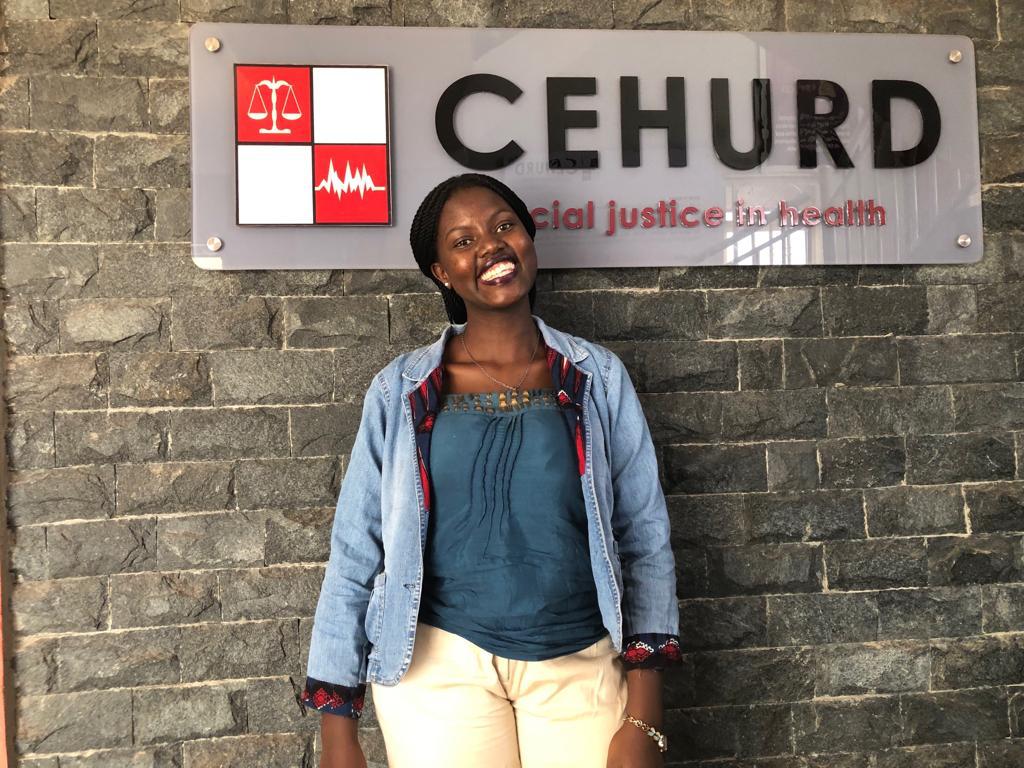 For the preceding eight years, CEHURD (Center for Health, Human Rights and Development) a company limited by guarantee and established under the Laws of Uganda, has brawled tooth and nail to ensure that the government is accountable for its mandate under the 1995 Constitution of the Republic of Uganda, as amended. In 2011, the organization filed a public interest case in the Constitutional court under Constitutional petition 16 of 2011 questioning the multiple maternal deaths in Mulago hospital, a government established hospital, due to the reckless and negligent behavior of health workers and the limited medical machinery necessary to assist pregnant mothers with complications.

The Attorney General of the Government, stating that it was a political question doctrine, dismissed the first hearing on a preliminary objection. The political question doctrine is a ghost that has been haunting the Ugandan legal system and it was first encountered by the Constitutional court in Exparte Matovu, a 1966 decision which was challenging the Constitutionality of Obote’s government and the pigeon hall Constitution. Since then, until 2013 however, whoever questions performance of activities by government or any governmental institution is dismissed from continuing the process on grounds that the government is accountable to no one and the courts cannot question the performance of its activities.

However, in 2013, Justice Esther Kisakye gave a landslide ruling on behalf of the Supreme Court in Constitutional Appeal No.1/2013 that has formed such good jurisprudence for the Ugandan judicial limb. The court stated that the government could not hide behind the political question doctrine and fail to give accountability for the roles that were assigned to it since the constituent assembly sat in 1995 to promulgate the Constitution.

The learned justices made reference to Uganda’s broad obligations under international law such as the International Covenant on Economic, Social and Cultural Rights of 1966, The Maputo Protocol 2003 and the International Covenant on Civil and Political Rights 1954, which provide that the government ought to show a fulfillment of a ‘minimum core’ obligation towards all of its duties. It thus directed the Constitutional court to hear the merits of the case and determine whether the government has actually fulfilled its minimum core obligation as regards the inconsistencies pointed out by the petitioners, this was with regard to the decision in Government of the Republic of South Africa and others V Grootboom May, 2000.

It has taken the Constitutional court five years to adhere to this Supreme Court directive and we finally got a hearing date for 13 June 2019, after years of beavering to get a hearing date. This was a major delight and ecstasy for the organization as a whole, the affected mothers, victims and well-wishers. Various media houses rejoiced with CEHURD and a social media campaign commenced, stating that the delay to hear that case has led to an increased number of maternal and child deaths especially in government institutions.

Two weeks prior to the hearing, the team worked tirelessly to compile a list of authorities, make copies of all the volumes of our documents and file our substantive arguments and submissions.

At 8:00 AM on the 13th day of June 2019, the whole team effortlessly grasped the throng of documents and volumes required for the hearing and paraded to court. Our voyage was combined with heavy down pours of rain that intensified the traffic on the roads but by the grace of God, we were able to arrive at TWED Towers, in Kampala and we were settled by 9:00 AM to await the judges to make a determination as to when our case would be heard. The courtroom was filled to capacity as students, advocates, the public and nonprofessionals sat tolerantly to hear the substantive arguments for the eight yearlong case. Majority of the public had no space to sit but they stood and awaited the proceedings.

As expected, the judges arrived at their expediency, an hour and a half later and our case was slotted for 2:00 PM. To add salt to injury, when the time for our case hearing came, it began at about 3:00 PM and the Attorney General, representative of government, asked for a month’s adjournment because they were not equipped for the submissions. The five panel bench willingly granted this adjournment and the case was slotted for 17 July 2019.

This came with a horde of disenchantments owing to the mounting success of maternal and women rights as well as the unremitting struggle to launch the aspects of health and the law into our Ugandan system. For the past four months, various reports and media coverages have been trickling in concerning a number of maternal and child deaths from Mityana Hospital and on 11 June 2016, there was a report on the death of Sylvia Nantongo, a 19 year old who died while giving birth due to the negligence of the health workers.

These have been a few of the multiple reports that have been made since 2017 on the increasing rates of maternal deaths in the country. This questions whether the government essentially takes keen interest in protecting the maternal functions of women and their rights in society as guaranteed under Article 33 of the Constitution. Additionally, there were concerns about the Constitution of the bench. There was only one lady on the bench yet these are very sensitive and important issues to the society we live in.

A four-man panel cannot effectively make a determination of maternal health law issues when they do not have a clear understanding of the nitty grities involved with child birth and thus, a need to get a more constitutive panel of females that will be able to understand the plight of the mothers and the urgency of the issues.

Until this is done, am afraid the written law concerning the rights of women and their maternal functions in society will remain on paper and the practicability of seeing justice delivered in this respect, will continue to be deferred and create peril for the lives of both women and girls in this our Uganda. Something needs to be done more proactively!