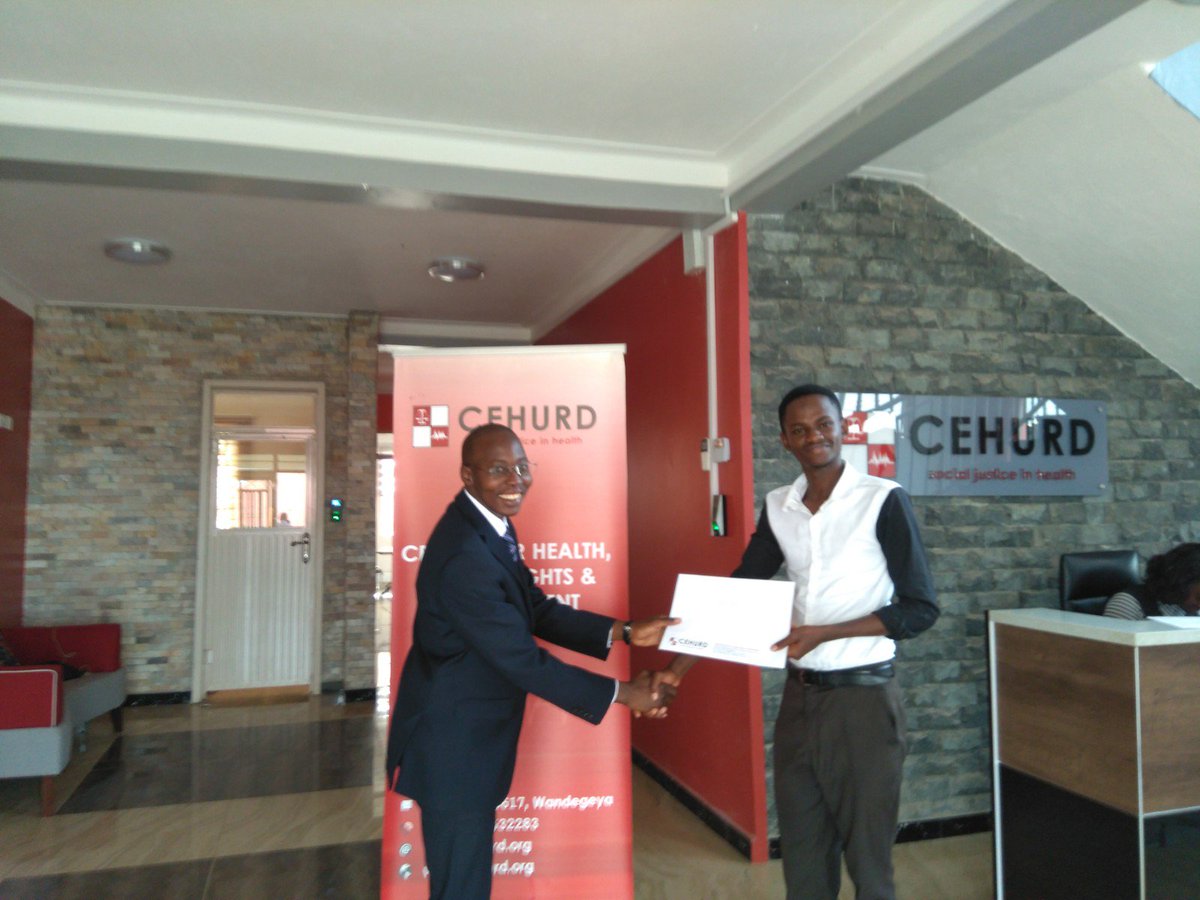 Ester Nagudi is a 13 years old girl from Manafwa District; she is tricked into having unprotected sex and ends up getting pregnant. Ester has no option but to try out an abortion since she cannot imagine herself facing her parents. A friend she trusted recommended an elderly woman who asked her to find a cassava stick. The woman peeled off the outer layer of the stick and told Ester to lie on her back and raise her legs. She pushed the stick inside and pulled it out, only blood spurted out but nothing else came with it.

Ester’s life has never been the same again from that day! This is a story of a girl whose life is taken on a garden path, takes a complete turn for the worst and is made to pay for just one mistake that she made (or was made to make). There are many more horrendous stories that talk about cases of insertion of objects into the uterus, dilation and curettage performed incorrectly, ingestion of harmful circumstances, application of external form and various other methods of unsafe abortion.

I didn’t think that abortion was a conversation we needed to have until my eyes stumbled on that harrowing story, I was taken aback by the facts and figures. For a long time I had always thought that the feminists and their great movement were simply advancing an agenda that only they knew about, I actually thought they were acting up but for the past few days and weeks reality has stared me in the face. It simply never occurred to me that such horrors exist, I had it all wrong!

Two weeks ago, I had the opportunity of starting my internship program. This was with a prestigious organisation called Center for Health, Human Rights and Development (CEHURD), one that has for a long time championed the realization of health rights in our country. Its impeccable record in litigating health related cases is second to none. Sometime last year CEHURD brought a case before the Constitutional Court, asking them to interpret Article 22 (2) of the Ugandan Constitution on whether there is a violation in the failure by the legislature to enact a law that regulates the termination of pregnancies. The fact is that we have no law in place on abortion but is our society ready to have the law? It is this abortion file that I have been poring over for the past fortnight and reality is beginning to check in.

There is a very critical question we need to start by answering. As a country, do we need to follow in the footsteps of our next door neighbors Kenya and Rwanda to enact a law on abortion? If that is answered in the affirmative then we also need to know whether we are ready to accept it. I have been a keen follower of the debate on abortion albeit making little contribution and for every single person who has claimed that it is not a law that we need, religion has been their basis. They have argued that God doesn’t allow killing.

They have also argued that in case abortion is made ‘legal’ then there will be an upsurge in promiscuity. I don’t intend to delve into the spiritual realm because it is one that is complicated to fathom but let us look at the argument of promiscuity because that is what we all understand. The law that should be in place first of all is not one of legalizing abortion; it is one of regulating the termination of pregnancies. The two are not the same, in fact they are completely distinct. The English meaning of regulation is “controlling a conduct.” That in and of itself defeats the promiscuity argument form the onset because if you think women will become loose simply because abortion has been legalized, you have it wrong.

The law will be seeking to put down the various conditions under which one can undertake a safe abortion. So their being loose will not be because the law has been enacted. If anything, it will make them more responsible! The Ministry of Health has itself realised that abortions ought to be carried out, they are something that you cannot dispense with and this is why they have come up with guidelines on the carrying out of abortions. The question then should be, if guidelines can be issued then why not a concrete law?

Many have also attempted to argue that a child (born and unborn) is a gift from God and therefore no one should take their life. That is a given and it is not in dispute. But if a child is a gift from God, then should we also presume that one that is as a result of rape is also from God? Doesn’t the argument become self defeating because then it would mean that rape is no longer a sin itself because a product of a sin cannot be a gift. I have also heard others argue that you could probably be killing a future leader or someone very important. I find this argument very shallow for these reasons.

If one is a victim of incest, would you rather have the shame and embarrassment of an abomination in a family live with you for generations than do away with? Secondly, would you rather save the life of a baby that you are unsure of than ensure the safety of the mother you are very sure of, one who is giving the life and is expected to sustain it until a certain age? These are all choices that we need to have a conversation about because they are about the lives of our people; they are about the lives of our children and the children of our children and for a fact they matter.

At the end of the day, one disturbing fact remains, there is no regulation on abortion and the unsafe abortions will continue. Another Ester will become wasted and the chain will go on. I think it is about time we had this conversation on abortion.