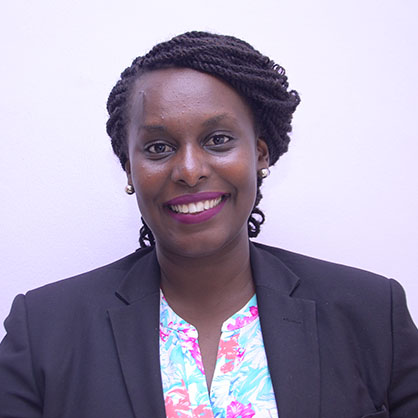 As the Mental Health Awareness Week winds up, one of our programme officers, Miriam Kyomugisha, shares what she has observed in regard to mental health during COVID-19.

With the outbreak of COVID-19, people’s mental wellbeing was bound to be affected. When the news first broke in Uganda, there was general panic. I remember the day before lockdown, I was heading to work and offered a workmate a lift but I could see vivid fear in his eyes and speech since he was a public transport user. As the news of the global death scale spread there was a lot of anxiety and from the WhatsApp work group chat. Many people were scared to sleep, some said they couldn’t feel their legs. One of my family members claimed he was beginning to feel as though he had the symptoms because of following the news on different TV stations. That indicates the psychological trauma that the news of COVID-19 spread to even people who did not have mental disorders per se. The paranoia of contracting the disease spread like a wild fire.One of the popular memes that has circulated the internet during this period has been one that talks about fear, anxiety and worry killing people even before the virus.

Given the different reactions cited above about COVID -19, one cannot help but wonder about what is happening with the people suffering mental illness already.

One of the measures the Government had to put in place to curb the spread of the virus was a quarantine period which was communicated in the presidential address in April 2020. This quarantine came with restriction of movement of people, lockdown and curfew. Now, most mental disorders do not go well with isolation or being alone. One of the most popular treatments for most mental disorders is being surrounded by loved ones, being busy and basically, avoiding situations that might lead you to be depressed, as this usually escalates the illness. In this lockdown, people have been holed down in their houses, alone, leading to increased levels of depression resulting from all the loneliness.

As a result of the lockdown, there are reports of suicidal attempts caused by depression and loneliness.This is as a result of patients lacking the support and love they would otherwise receive if they had other people. An example that comes to mind is of a young woman in her early 20’s who suffers from PTSD (Post-Traumatic Stress Disorder) after being raped several times. She attempted suicide and was rushed to Nakasero hospital.One of the causes of the attempt was depression caused by the fact that she was alone and dealing with the psychological pain. Also, for disorders like bi polar which is characterized by extreme highs and lows, it is hard for the sufferers to even reach out for a phone and call for help during the low periods and that has been challenging too. Another area in which mental health has been affected is the cancellation of group therapy sessions where most of the patients usually benefit from because as humans, we find it easier to identify and heal with people going through the same thing as we are. These have not been favored by the need for social distancing and the transport restrictions and also the fact that hospitals are concentrating on COVID-19 patients thus leaving the mental health patients hanging.

The COVID-19 restrictions have also limited access to mental health care. I know of a patient with a bipolar disorder who has significantly deteriorated with the lockdown. Her counselor who prefers to treat people in their home setting could not access her because of the transport restrictions. We tried to get her to Butabika National Mental Referral Hospital, a renowned facility that specializes in mental health but we were told they were not admitting patients because of the COVID-19 scare. We also tried a private mental facility in Najjera whose administration explained that they were not admitting for the same reason. What was most baffling was the fact that they were not willing to even first test the patient, they simply turned us away.We luckily got help from a friend who gave me contacts of psychiatrists at different hospitals including Nakasero Hospital which has a reputable psychiatric ward. When I called in to ask about admission, I was told that I would have to pay two million Uganda shillings as initial deposit before admission. Unfortunately, we could not afford it at the time. We resorted to getting some medication to contain her condition as we await the end of the lockdown.

Despite the numerous measures advanced in the COVID-19 response, mental health has not been prioritized. In the medical emergencies that the government has addressed, mental health is not mentioned anywhere but that’s not new. According to the international journal of mental health systems, mental health Services are still significantly underfunded (with only 1% of the health expenditure going to mental health), and skewed towards urban areas. Per 100,000 population, there were 1.83 beds in mental hospitals, 1.4 beds in community based psychiatric inpatient units, and 0.42 beds in forensic facilities. The total personnel working in mental health facilities were 310 (1.13 per 100,000 population). Only 0.8% of the medical doctors and 4% of the nurses had specialized in psychiatry.

Also, important to note is that with people having a lot of time on their hands and not much to do, they have taken to social media, which is one of the leading causes of depression as it promotes false impressions of people living better lives than you are. It basically leads to comparison and its no news that some people have done drastic things like suicide resulting from social media influence.