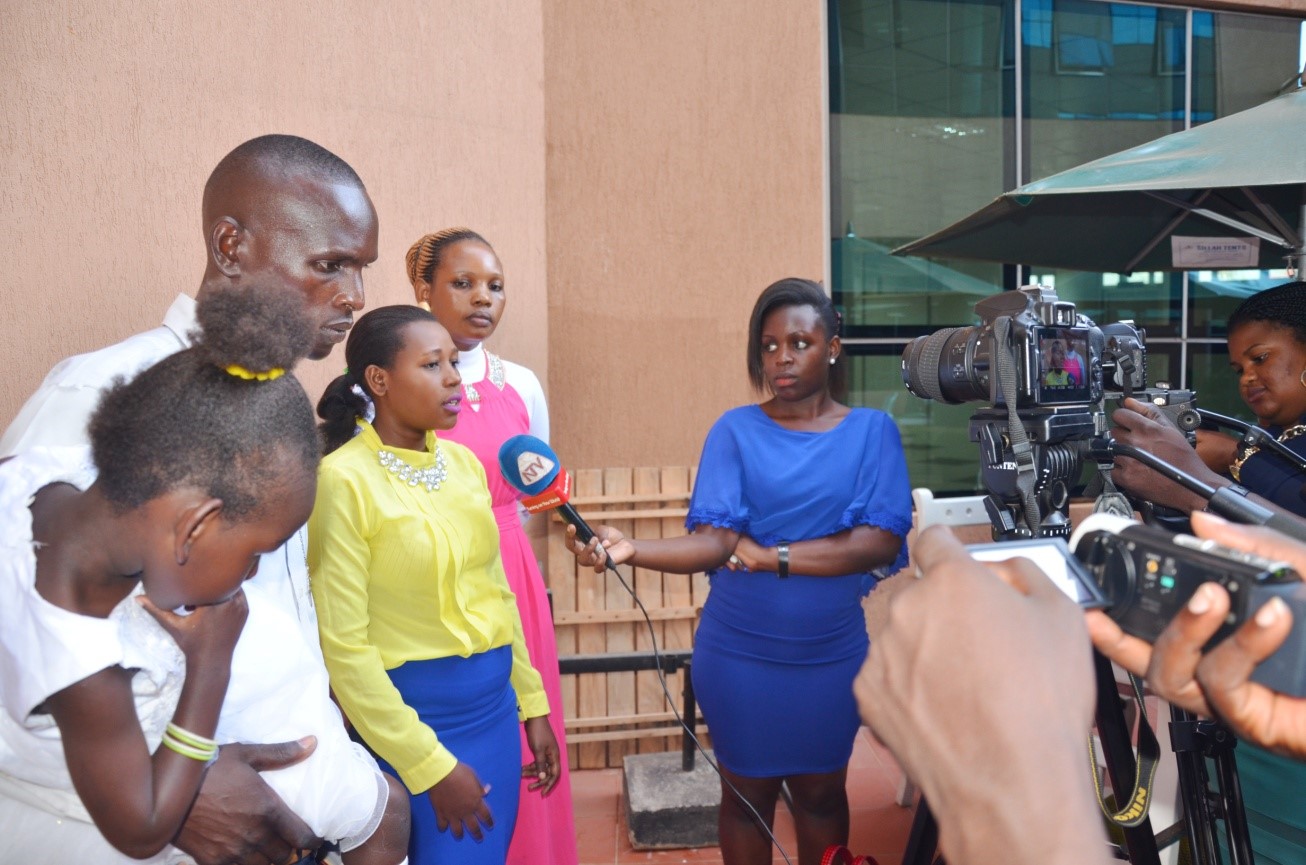 The pains of child birth and child theft are altogether different from the persistent effects of all the other kinds of pains. While the new born baby brings such great joy which is the entire cure a mother needs after pains of child birth. There is no such cure for child theft.
It is tragic that many women in Uganda still die from preventable maternal deaths. It is equally unjustifiable that when women survive the pains of child birth in public facilities, some mothers go home without their babies.

It is unfortunate that maternal health is a field which has been ignored and not given the special attention it deserves. Over the past years, many women who walked into Mulago National Referral Hospital complained of child theft after birth. Baby theft in Mulago National Referral Hospital has become a norm which violates essential human rights and touches the very epitome of motherhood and womanhood.

The lost twin story is one of such cases where a baby disappeared from Mulago hospital. On 14th March 2012, Musimenta Jennifer went to Mulago National Referral Hospital and delivered two babies, however she was discharged with only one baby. The couple was not satisfied and reported their issue to the police. Mulago Hospital eventually told them that their second child had been born dead and in fact availed them a dead baby three days later. The couple not being satisfied with the turn of events carried out a DNA on the dead baby availed to them. Their fears were affirmed that they had no biological connection with the availed baby. In 2013, the Center for Health, Human Rights and Development (CEHURD) on behalf of the Musimenta and her spouse Mubangizi Michel filed a case against Mulago National Referral Hospital in the High Court of Kampala stating that Mulago hospital had violated of the right to health, access to information, freedom from torture, inhuman and degrading treatment among others.

Hon. Lady Justice Lydia Mugambe gave judgement on the 24th of January 2017 pronounced court’s decision in regards to “the lost baby case.” (“Center for Health, Human Rights and Development (CEHURD), Mubangizi Michael and Musimenta Jennifer versus the Executive Director of Mulago National Referral Hosiptal and Attorney General of Uganda Civil Suit No 212 of 2013”) and set powerful jurisprudence on the right to health, human rights and the need for systemic change within Mulago Hospital.

In her Judgement, Lady Justice Lydia Mugambe asserted in paragraph 54 ;
“…As an African couple, the plaintiffs were denied an opportunity to carry out burial rituals for their child, who in my view would have constituted a fundamental part of their healing process. These plaintiffs have been denied the opportunity to have closure in-regard to their baby. By denying them the opportunity to bury their baby, the defendants (Mulago) compounded their pain and subjected them to more psychological torture. Clearly this violated their right to health and freedom from torture as enumerated in legal instruments…”

Lady Justice Mugambe stated that Ms. Musimenta and Mr. Mubangizi had been subjected to cruel, inhuman or degrading treatment and psychological torture by the hospital and that their right to health and access to information about their dead child were violated. She accordingly ordered the police to conclusively investigate the disappearance of the baby, the midwife who handled the baby at birth should be held accountable. She ordered Mulago hospital to take steps to ensure and enhance the respect, movement and safety of babies in the facility, dead or alive. Mulago hospital was ordered to make written reports every four months regarding steps taken and CEHURD was given free access to the hospital to oversee implementation measures, and the parties were awarded general damages of up to eighty five million Ugandan shillings.

What does the Mulago judgment mean for Uganda? This judgment emphasises the rights of newborns and sets a stand for the treatment of patients in all health facilities in the country while for Mulago hospital it means there is need for the facility to change the way in which they handle babies, the dead, mothers and also the need to improve staffing at the hospital. This judgement is an eye opener to all Ugandans and health workers of the need to provide quality health services to our mothers, babies, the vulnerable and all patients in the public facilities.