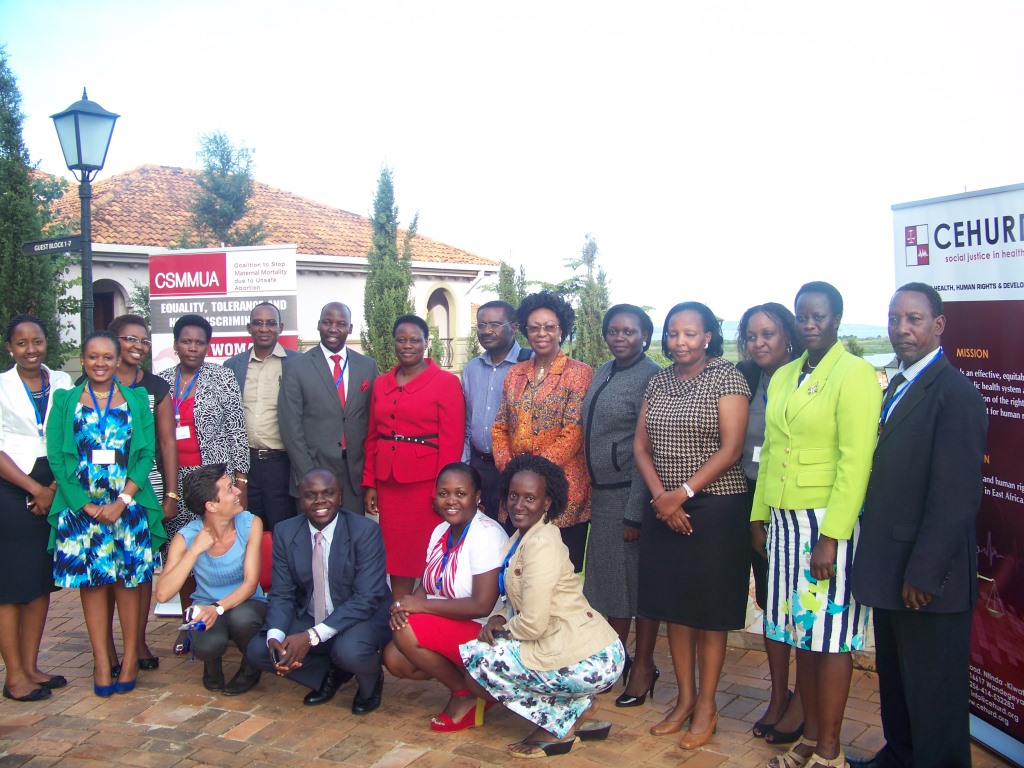 According Dr. Mbonye commissioner for community health, Ministry of Health, in Emergency obstetric care as the priority intervention to reduce maternal mortality in Uganda, approximately 40% of admissions for emergency obstetric care in Uganda are as a result of unsafe abortion. This according to him cost the health system an estimated 7.5 billion shillings annually to treat complications from unsafe abortion.

On the other hand, the contraceptive prevalence in Uganda has remained low with only 30% of married women and 38% for the unmarried sexually active women using family planning. This has contributed to 50% of the 1.2 million unwanted pregnancies received each year which in many cases result into unsafe abortions.

There have been major efforts from the Ministry of Health with partners to address the major causes of maternal mortality in Uganda such as post-partum bleeding, obstructed labour, infection related to childbirth(sepsis), pregnancy-induced high blood pressure(Eclampsia or pre-eclampsia) and abortion-related complications. As a result, the Ministry of Health together with partners came to an agreement to develop standards and guidelines for the reduction of morbidity and mortality from unsafe abortion to guide health workers in the prevention and management of unsafe abortion.

In an effort to engage high level stakeholders and policy makers, the Ministry of Health in partnership with Ipas Africa Alliance, and the Center for health human rights and development (CEHURD) within the Coalition to Stop Maternal Mortality due to Unsafe Abortion (CSMMUA) convened a 2 day residential sensitization meeting for parliamentarians on ending unsafe abortion in Uganda on 16th -17th, May 2014 at Lake Victoria Serena Hotel in Kigo, Entebbe.

The meeting was very successful and had an attendance of over 35 high level stakeholders including members of parliament and Ministry of Health representatives. The meeting that was aimed at sharing information and seeking a way forward to address the public health crisis of unsafe abortion and its contribution to maternal deaths in Uganda saw great commitment from members of parliament who pledged to advocate and sensitize their constituencies to reduce the number of mothers who die from unsafe abortion.

The meeting also provided an opportunity to reflect upon Uganda’s regional and international commitments to women’s sexual and reproductive health as well as best practices across the continent towards reducing unsafe abortions as a major contributor to maternal mortality and morbidity and how far the government has implemented or made an effort to achieve the set targets and what members of parliament could do to hold the government accountable for maternal deaths.