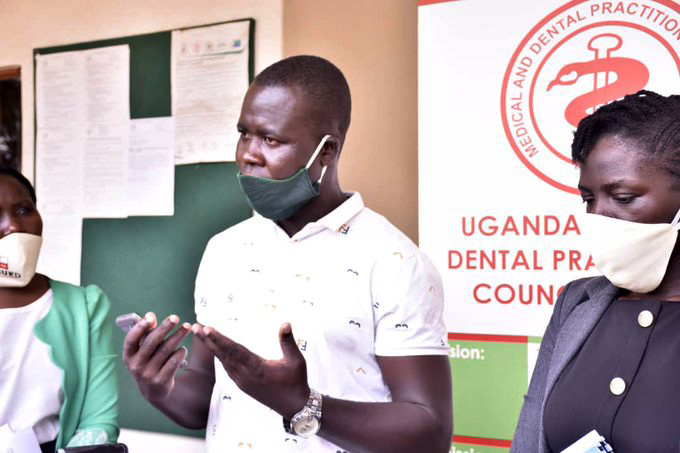 “My wife was left unattended in the postnatal ward for close to five hours until I paid Shs205,000 to have blood brought to Kibuli Musilm Hospital for her diffusion. Without any medical records, they told me to take my wife to either Mulago hospital ICU if I still needed her alive. For the three days I was in Kibuli hospital, I never got anyone to explain the state of my wife even during transfer to Case hospital. I was never given her medical records. It’s only at Case Hospital that I was told that my wife is anaemic due to over bleeding and she had suffered from liver damage. Justice should be served for my wife and it should be a lesson that all women deserve good health care,” Mr Rafaile Omony shares what happened to his now deceased wife.

On July 2nd, 2020, The Center for Health, Human Rights and Development filed a complaint with the Uganda Medical and Dental Practitioners’ Council (UMDPC) against Kibuli Muslim Hospital, challenging the violation of medical professional ethics, and human rights of Mr Omony. Omony’s wife, Scovia Mary Alupo, died on  October 27th, 2018 after undergoing a cesarean section, following which she bled to death.

Uganda suffers a persistently high maternal mortality ratio (MMR) currently at 336 per 100,000 live births which translates into 16 women dying every day during childbirth majorly because of lack of basic maternal health commodities like gloves, syringes, blood, medicines etc, which enable women to give birth safely. This is worsened by low political will to equip and sufficiently fund healthcare facilities, which sees two midwives working in more that 30 expectant mothers at a go.

“Women die everyday due to severe bleeding while giving birth. Blood is an essential life saving commodity that can’t be replaced and so should be freely given to those who critically need it. Health facilities should be held accountable for any life lost due to failure to pay for blood. This is unacceptable and we need UMDPC to exercise its mandate of general supervision and disciplinary control over medical practice to uphold health and human rights”, Ms Edith Sifuna shares.

Dr. Katumba Ssentongo, the Registrar at UMDPC says that their role as UMDPC is to supervise and exercise discipline action to all dental and medical practice in Uganda. In two (2) weeks time after reviewing the complaint (CEHURD & Omony), Kibuli hospital will be notified through an official letter from the council to get their defence.

Ms Alupo has become one of these tragic statistics and we cannot leave her death unaccounted for. CEHURD has therefore petitioned UMDPC seeking that Kibuli Hospital and the concerned health care workers be investigated and found culpable for the professional misconduct exhibited. CEHURD equally intends to bring these human rights violations to the attention of the courts of judicature, seeking compensation for the family of Ms Alupo. “ We want UMDPC to take action against its members that violate the medical profession ethics fulfilling their mandate of monitoring and regulating the practice of medicine and dentistry as per the Uganda medical and dental practitioners’ Act” Ms Ruth Ajalo, a lawyer representing CEHURD adds.

The writer is a Communications Officer at Center for Health, Human Rights and Development.