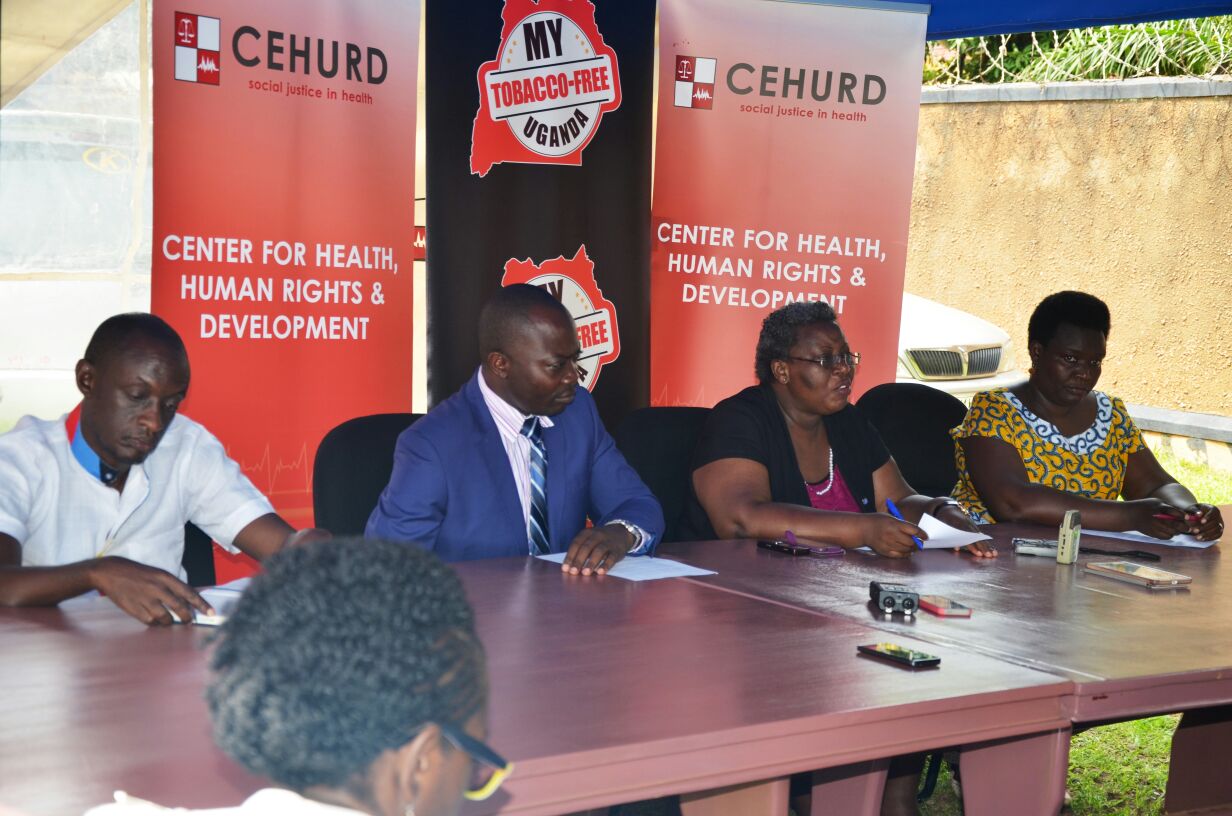 The Attorney General of Uganda last week responded to the Petition by the Tobacco Industry challenging the Tobacco Control Act 2015.  The Tobacco control advocates have over years worked so hard to have the tobacco control law in Uganda. This is against the background that tobacco as a product has devastating effects on the public and the general public health of all Ugandans.

As civil society, we are in full support of the government of Uganda in regulating tobacco use in the country.  To that end the Center for Health, Human Rights and Development (CEHURD) also filed an application to be added as an interested party to officially participate in the proceedings against the tobacco industry.

According to Ms. Elsa Zawedde a lawyer at CEHURD, “Civil society is also in support of the unwavering and exemplary determination of the Ministry of Health in promoting the Health care of the Citizens of Uganda through leading the tobacco control campaign and such efforts should not be in vain.”

CEHURD appreciates all the Tobacco Control Advocates for employing the MPOWER approach through Monitoring the tobacco epidemic and prevention policies, Protecting people from second hand smoke where they live, earn and play, Offering quit assistance to current smokers, Warning about the dangers of tobacco, Enforcing Comprehensive restrictions and Raising awareness on tobacco dangers.

Tobacco regulation is not unique to Uganda but also other countries like the United Kingdom, Brazil and others. Uganda like other countries, is a signatory to the WHO Framework Convention on Tobacco Control (FCTC) and obliged to implement the same.

All jurisdictions and courts in the world have ruled against tobacco including the recent Kenyan ruling against British American Tobacco. The victory of our neighbors is our motivation to keep fighting for a tobacco free Uganda, because everyone has a right to a clean and healthy environment according to Kabanda David,   a lawyer at the Center for health, Human Rights and Development.