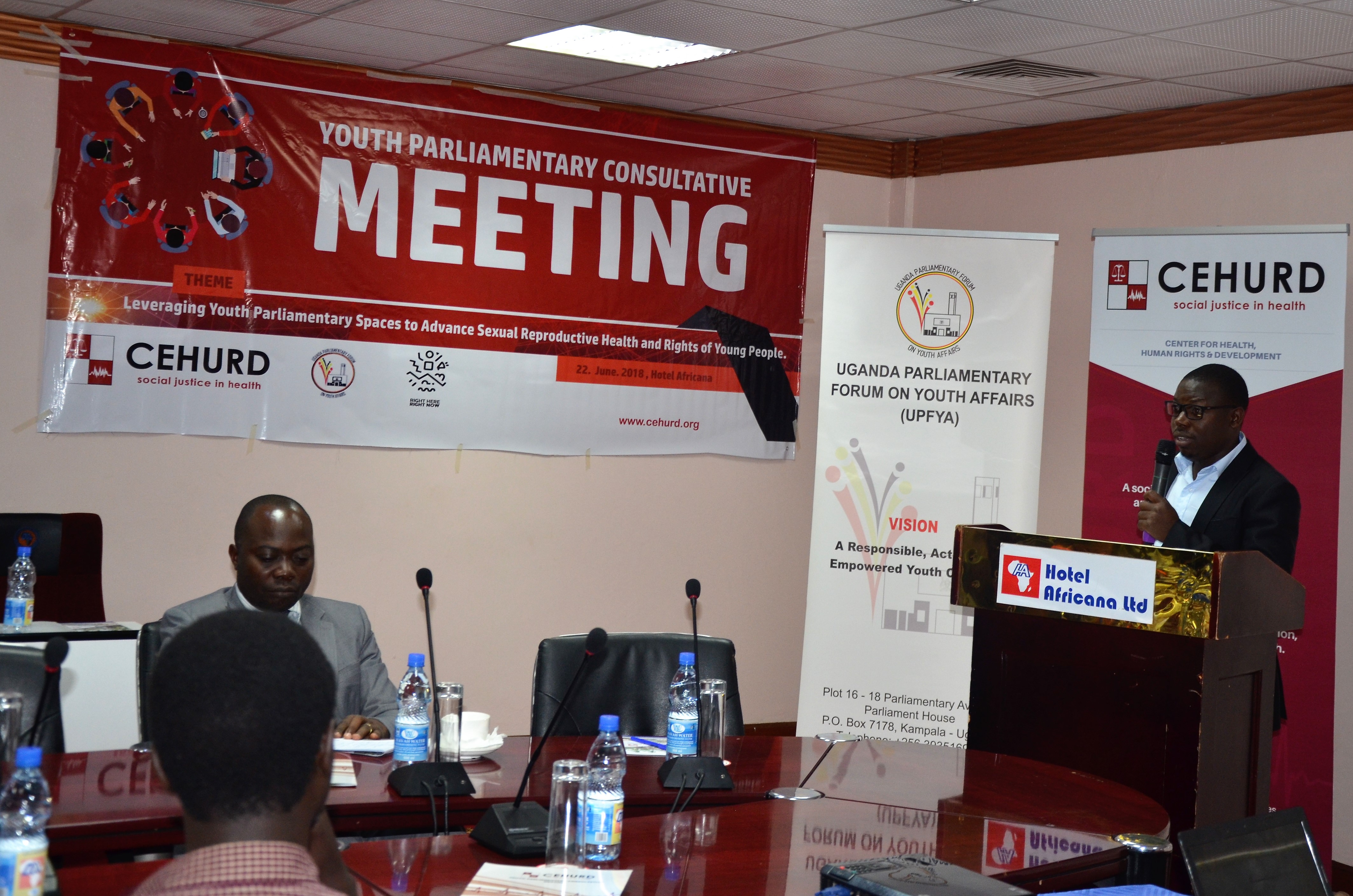 A crossroad of ideas reflective of cultural and religious morals, beliefs and values affects young people of all social standings without sufficient attention given to scientific evidence that speaks to Sexual Reproductive Health and Rights SRHR issues. Teenage pregnancies have increased according to the 2016 Uganda Demographic and Health Survey, the school dropout rate especially in the hard to reach areas is still outrageous, sexually transmitted infections are still on the rise with 500 HIV infections happening among young people every week according to UNAIDS. Unsafe abortions also happen in a setting that still remains open to quack doctors operating in an unregulated environment due to the stay and disownment of different SRHR policy guidelines and service standards.

While they are at the center of SRHR decisions and service provision, cultural and religious leaders still remain a critical constituency that has not been tapped into by advocates for a progressive SRHR legal and policy environment in Uganda. They are a significant constituency because policies cannot be declared right with engaging them through consultations. However, this is a constituency that remains out of reach of scientific evidence that gives a clear and true picture of Uganda’s laughable SRHR record in comparison with other East African countries.

It is at this time that advocates must recognize that the influence of cultural and religious institutions cannot be go unnoticed, and they hold the key to ensuring that young people’s SRHR is realized. The role of religious and cultural institutions in child and human development is seen in church programs like Sunday school, youth camps/guild, and missions, the Kisakaate of the Nabagereka of Buganda and the girl-power conference of Pastor Jessica Kayanja for instance. Some of Uganda’s communication platforms are equally owned and operated by the religious and cultural institutions.

These include lighthouse television, Top TV and Radio, CBS Radio, Power FM, BBS Telefayina, Radio Sapientia, Radio Maria among others as important channels that we can leverage to enforce our support for the young people. Religious founded institutions through the Catholic Education Secretariat, Church of Uganda Schools, UMEA, and tertiary institutions like Uganda Christian University, Busoga University, Muteesa I Royal University, Ndejje University, and Uganda Martyrs University among others is other avenues in the education arena that are critical. It is therefore to the advantage of young people that this is another avenue the government is considering in the implementation of the recently launched Sexuality Education Framework.

The cultural and religious camps need to embrace access to SRHR information by young people through this avenue. They are equally at the center of health service provision and handle health predicaments of a significant number of people, including the SRH of young people.

The Medical bureaus (Uganda Catholic Medical Bureau, Uganda Protestant Medical Bureau, and Uganda Muslim Medical Bureau) are centers of power in determining the kind of services provided including on SRH. It is therefore important to emphasize these synergies with cultural and religious institutions in ensuring provision and access to a wide range of SRH services that remain out of reach by the young people. This is when Uganda will be able to score high on the different SRHR indicators.