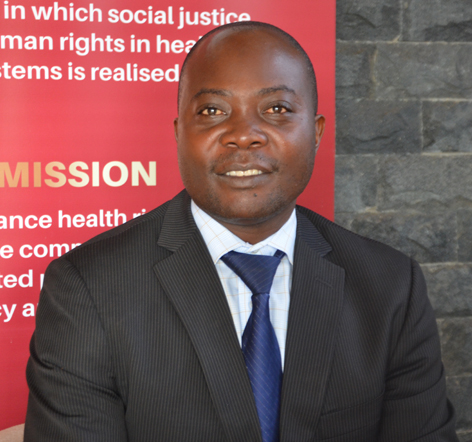 Many young innocents of 0 to 6 months babies in Uganda suffer a silent but dread violation of their rights to adequate food, health and life. In their very vulnerable/fragile stage of life with no voice or power to demand for appropriate action, many have succumbed to death and others have lived and continuing with wasted life with Daily life long disabilities.

Uganda ranks among the top 10 countries in the world for new-born and child mortality rates among the top 34 for burden of stunting. This is to a large extent contributed to the denied right to breastfeeding of these infants. Breast milk is not only food. It is a complete diet for children in the correct amount to ensure their growth and development at that particular age. Studies have shown that children who are breastfed perform better than their counterparts in school.

The World Health Organisation has for long recommended that breastfeeding is sufficient and beneficial for infant nutrition in the first 6 months of life. Breastfeeding immediately after birth also helps the uterus contract, which reduces the mother’s postpartum blood loss. As a means of providing nutrition while protecting health, breastfeeding supplies irreplaceable immunological benefits and protections to the immunologically fragile new-born through the protective factors of human milk.

Supplementing breast milk before the child is age 6 months is discouraged because it may inhibit breastfeeding and expose the infant to illness. At a later stage of the baby’s development, breast milk should be supplemented by other liquids and eventually by solid or mushy food to provide adequate nourishment.

What is the problem?

These, being the very vulnerable members of our society, government must accord them special protection in law. Although there are some policies on breastfeeding like the Policy Guidelines on
Infant and Young Child Feeding, which recognise exclusive breastfeeding within the first 6 months, the legal framework in Uganda does not support this. Many mothers who would have wanted to exclusively breastfeed are left with far reaching psychological torture of leaving their babies with attendants and the innocent babies are left with no option but to feed on substitutes (which are in most cases diluted) leading to nutrient deficiencies causing ill health, stunting, death and lifelong disabilities including intellectual ineptness and incomprehension of life skills later in life.

What is the law?

The government of Uganda has a constitutional obligation under objective 14 and 22 to make sure that all Ugandans (including the vulnerable children) enjoy rights and opportunities and access to food security. Government must take appropriate steps (which may include legislation) to encourage people (mothers) to grow and store adequate food (breast milk); establish national food reserves (breast milk banks); and encourage and promote proper nutrition (exclusive breastfeeding for the first 6 months in life of a baby) through mass education and other appropriate (including legislative) means in order to build a healthy State.

The rights in the constitution must be respected, upheld and promoted by all organs and agencies of Government and by all persons and all persons are equal before and under the law in all spheres of political, economic, social and cultural life and in every other respect and shall enjoy equal protection of the law according to Articles 20 and 21 of the constitution. The government’s failure therefore to make exclusive breast feeding of the babies from 0 to 6 months in Uganda is a violation of their right to adequate food, health and life.

Beyond the right to adequate food, the innocents are subjected to inhuman and degrading treatment when they are deprived of breastfeeding. The whole process of being feed by another person not the mother and all intervening inappropriateness in cleanliness and measurements mean a transition from bottle to a grave for the vulnerable babies. Under Article 34 of the constitution, children shall have the right to know and be cared for by their parents or those entitled by law to bring them up.

Evolutionarily honed to provide all the nutrients necessary for the survival, growth, and protection of the baby, human milk is a living tissue, with breastfeeding continuing the biological “dyad” established in utero between the infant and mother and providing optimal nutrition for the development and growth of the child.” Human milk contains all of the nutrients critical to infant growth-a unique balance of proteins, carbohydrates, water, antibodies, hormones, micronutrients, and macronutrients-with the balance of these components adjusting during each feeding and over the course of lactation to provide the most appropriate nutritional content to the infant.12 Even when the mother’s nutrition is poor, the components

Be it as it may, in Uganda a mother is only legally allowed sixty (60) working days following childbirth or miscarriage and in unfortunate circumstances of either her sickness or child, then eight weeks. It is even made too difficult because the employer has liberty to exercise his or discretion if she does not have medical records. The law to this extent is inconsistent with the rights to adequate food, health, life and freedom from inhuman treatment of the innocent baby citizens and the continued set of affairs without government’s action is a violation of the rights of the vulnerable Uganda citizens aged between 0 to 6 months. The law must allow the mothers time to exclusively breastfeed upto 6 moths.

At international level, Uganda signed the Geneva Declaration of the Rights of the Child of 1924, the Declaration of the Rights of the Child adopted by the General Assembly on 20 November 1959, the Universal Declaration of Human Rights, International Covenant on Civil and Political Rights (in particular in articles 23 and 24), the International Covenant on Economic, Social and Cultural Rights (in particular in article 10). Uganda is signatory to the African Charter on Humanand Peoples Rights which gurantees children rights and the right right to health under Article 16.
Under International Convention of the right of the child(CRC), Uganda agreed to protect the child’s enjoyment of the highest attainable standard of health and, in particular, to diminish infant and child mortality and to combat disease and malnutrition, including provision of adequate nutritious foods and clean drinking-water, and to ensure that all segments of society, in particular parents and children, are informed, have access to education and are supported in the use of basic knowledge of child health and nutrition and the advantages of breastfeeding.

This codification of breastfeeding obligations in the canon of human rights in CRC transmute breastfeeding from aspirational health intervention to binding obligations on Uganda as a signatory to make these rights realisable by the rights holders. More to that 1966 International Covenant on Economic, Social and Cultural Rights (ICESCR) advanced both a right to “be free from hunger” and a right to “the highest attainable standard of physical and mental health,” this means that Uganda as a signatory is under a specific legal obligations for “the reduction of the stillbirth-rate and for the healthy development of the child.

The infants’ inherent fragility denies them the autonomy to claim their own rights and define their own capability in the absence of state intervention in Uganda. They are vulnerable to disease, very disadvantaged within families, and are powerless to speak out. Infants often suffer relative to other family members, diminishing their freedom to lead valuable lives in the years to come. With a single source responsible for the entirety of an infant’s nutritional intake (exclusive breastfeeding), the relative quality of that source is dispositive in building the health necessary for infant functioning.

The government, is under a legal obligation to protect these innocents, even from the multinational companies selling the breast milk substitutes. The government’s inaction and the loud silence on a legal framework to guarantee exclusive breastfeeding to the children aged0 to 6 months is violation for which they should be held to account. The government must quickly take action in the direction that protects the children in accordance with the constitution.