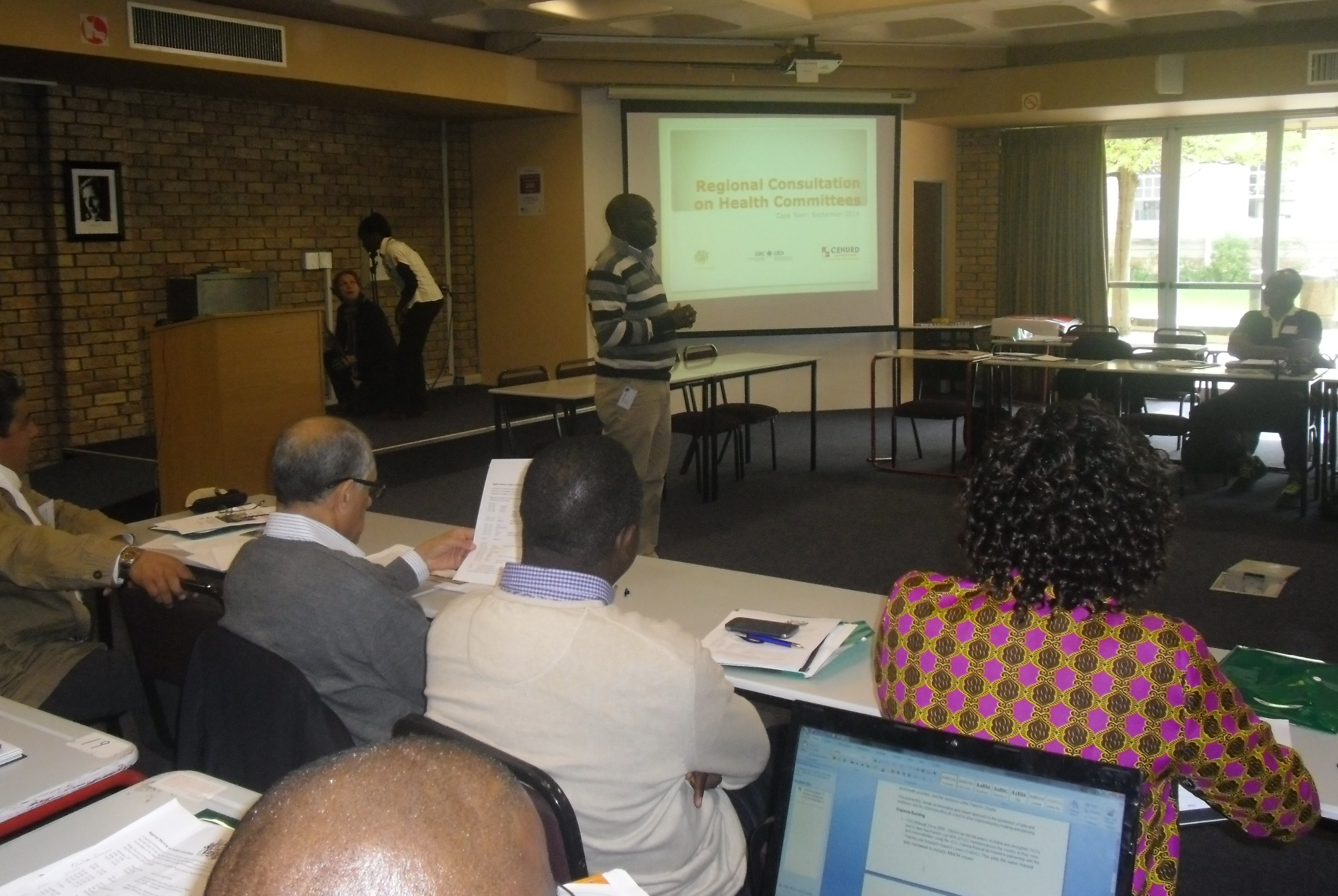 Today 27th September 2014, the Centre for health Human Rights and development (CEHURD) has joined other civil society organisations working in health to attend a Regional Meeting on Health Committees; Regional consultation for East and Southern Africa which is aimed at sharing experiences and identifying good practices with respect to health committees in the region and to establish stronger networking around health committees. The meeting also intended to identify the role of Health committees in Equitable, People Cantered Health Systems in the South and East African Region.

The meeting which was organised by the Learning Network and held at the University of Cape Town in South Africa has been attended by members from Guatemala, Uganda, Zambia, Zimbabwe, Kenya, South Africa, United States of America, India, Ethiopia, Malawi and Tunisia.

Among the presenters during this regional meeting included the Chief Executive Director of CEHURD Mr. Mulumba Moses, the Director of Health and Human Rights at the school of public health at the University of Cape town, Professor London Leslie, Walter Flores form Centre for the study of Equity and Governance in Health Systems in Guatemala, Edgar Tatenda from the Community working Group in Zimbabwe and Veronica Masanja from Kiboga (Nyamiringa Health Centre III) in Central Uganda.

Among the issues discussed during the meeting include but not limited to the role of health management committees in democratic governance, experiences of the operation health committees in the region focusing on Uganda, Zimbabwe, and South Africa.

In order to accomplish the objective of sharing experiences and identifying good practices with respect to health committees, participants in the meeting where requested to share their experiences on what has worked, what has not worked and, what lessons learnt in regards the operation of health committees in  different countries.