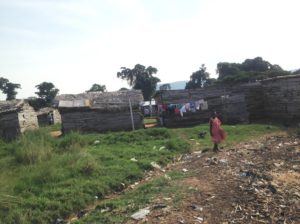 Uganda will join the world to celebrate World Tourism Day in September this year. The celebrations will take place at the islands. The state of health care however is worrying. With lack of a District Hospital, many lives are lost on boats trying to reach nearby hospitals of Entebbe and Masaka Districts. The question of how then such an event will be successfully celebrated remain unanswered.

Kalangala has eighty four (84) Islands and only 64 have people with a population estimate of over 54293 (census report 2014). It’s one of the country’s tourist attractions and becomes densely populated during the festive season. “If you want to come and rest here, you must book by November otherwise after November you can’t get where to stay. It’s usually packed but we lack a hospital to cater for health needs of such a population” Ssekaddu Francis, Kalangala District forum of people Living with HIV/AIDS Network.

I traversed Kagonya village in Lulamba Parish, Bufumbira sub county, Kalangala District, the nearest village to Kalangala Health Center IV, which is located on Bugala Island. The village is approximately 2km away from the hospital (on water). It has approximately three hundred thirteen (313) households with up to One hundred and thirty nine (139) children ages 0-7 years.

At the time of this visit, the islands major activity of fishing was at the stand still as authorities were fighting illegal methods of fishing. What this means is that a person could hardly earn or spend the above amount of money to access health care leaving the disadvantaged poor with no access at all. While Kagonya is nearer to the health Center IV, questions on how then people for instance expectant mothers reach Masaka or Entebbe for services become worrying. We were told that many die in the boats or within the facilities as means of transport are being prepared to take them, while others fail to raise the required transport fees to access care. 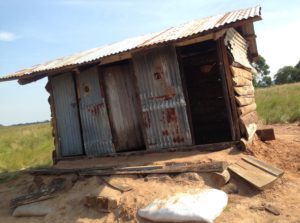 Most worrying the village is served by one toilet with houses in a very poor state. Asked why this one toilet, one resident responded that “we are proud of our toilet. This is the best we can have, at least we have one” Resident of Kagonya Village.

During the meeting conducted by Action Aid Uganda in partnership with CEHURD on the state of health care in Kalangala, residents thought that advocating for a district hospital was among the best options. These, while citing the names of people that had died while trying to access care including their district planner, were quick to mention that Kalangala looks like a less populated place but this is the opposite. They noted that at least legislation concerning marine should be changed to give preference to the district.

“When the night falls we are cut off. We cannot take any patients to the nearby facilities of Entebbe and Masaka because ferries, boats etc are not allowed to move at night. We have been promised a district hospital by the president and the Minister of Health but this has not matured yet. With the hospital we will solve health care problems here” Kizito Henry, Kalangala District forum of people living with HIV/AIDS Network.

Indeed without a district hospital one is not sure of his state of health while at the islands. While motor boats may be present, questions on who fuels them to the main land, time of sailing, the boat payments to the sailor  come into play. Even when these are availed, one still wonders whether in the neighboring districts of Entebbe and Masaka services will be availed on time. Communities narrated that this also calls for either renting a house or staying in hospital with questions of feeding the sick, washing etc which may seem simple when near a health facility but very difficult when one has no home near the facility.

It’s the state’s obligation to ensure that health care is accessed by all. Even when the Constitution does not expressly provide for the right to health in the substantive bill of rights but only muted from the national objective and directive principles of state policy, the country has signed a number of regional and international legislations that advance the realization of this right. The state thus needs to prioritize Kalangala Islands and provide a well-equipped and staffed Hospital to the District to boost health care accessibility there.