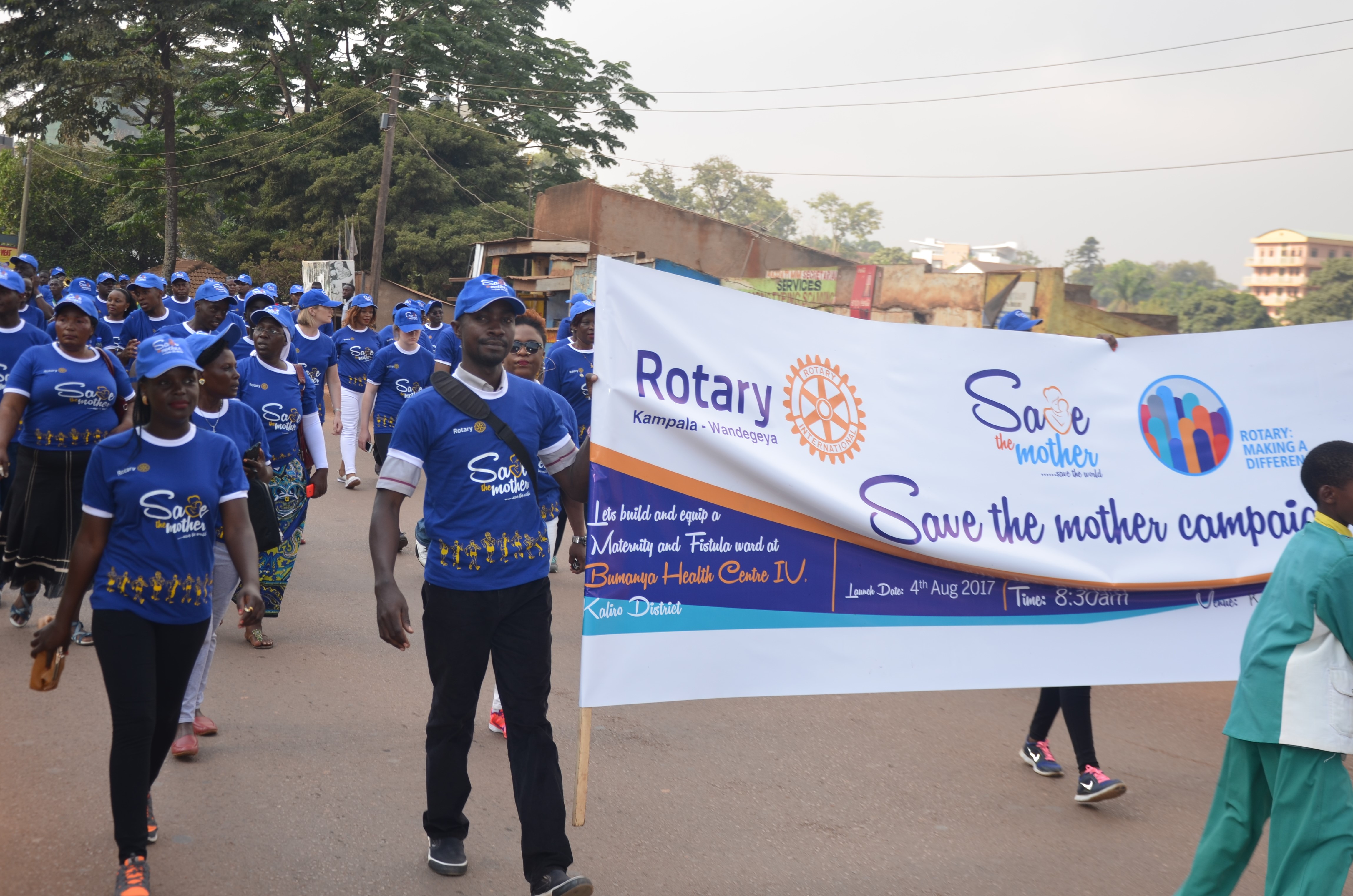 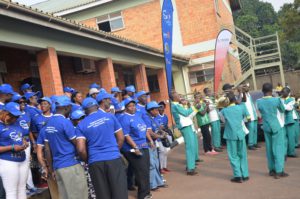 On the 4th August the team from CEHURD joined members of the Civil society, Ministry of Health Officials, Health Service providers, Members of Parliament, officials from Kaliro District in Eastern Uganda, Health service providers from Bumanya Health Center IV and the general public to launch the “Save A Mother Campaign” organised by the Rotary Club of Kampala Wandegeya. The campaign whose broader aim was to improve maternal health care as well as to reduce the scourge of fistula among Ugandan mothers started with a Charity Walk from Kolping Hotel in Bwaise to Wandegeya and was concluded with speeches to seek for opinions and perspective on how to have a successful campaign.

Bumanya Health Center IV which is located in the heart of Busoga and serving over 30,000 clients annually is in a sorry state with continuous drug stock out, dilapidated structures and no ambulance. The sorry state of the only HC IV in the district has on many occasions subjected patients to move long distances of about 68kms to Iganga to seek services.

The facility which was constructed in the 1970s, has in-patient rooms designed to accommodate only five people but currently accommodating over one hundred people with a mix up of male, female and children.

According to Hon. Margaret .K. Mbeiza the Woman MP for Kaliro District, Bumanya Health center offers services to a big number of patients with over 369 in patients at the maternity section daily. She added that the long distance travelled in case of referrals has led to the death of expectant mothers from complications such as over bleeding.

Dr, Olive Sentumbwe from the World Health Organisation called upon the Ministry of Health to come up with a multi-sectoral approach in reducing maternal mortality. She emphasized the need to revamp the leadership in the health care system to address maternal deaths if Uganda is to achieve the Sustainable Development Goals targets by 2030.

Addressing maternal health challenges calls for collective efforts from everyone, including midwives who must be committed to their work, expectant mothers to attend antenatal care services during pregnancy as well as fathers to ensure safety and support of their wives during pregnancy.