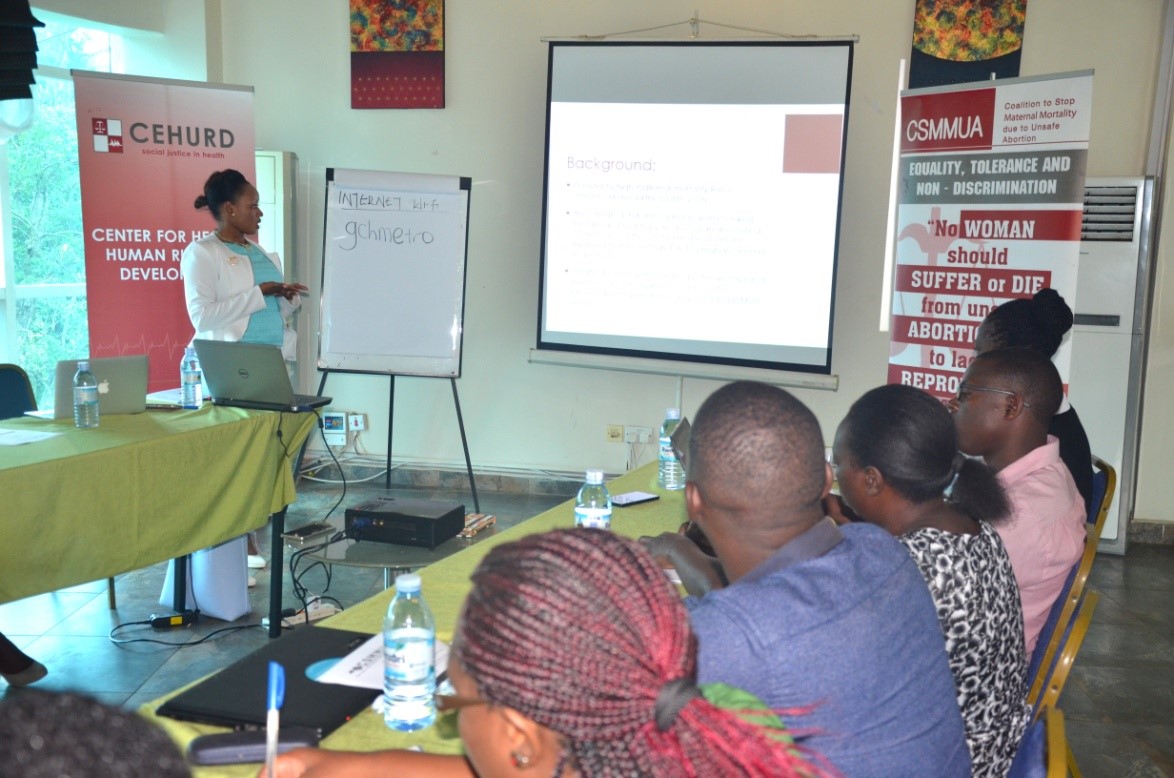 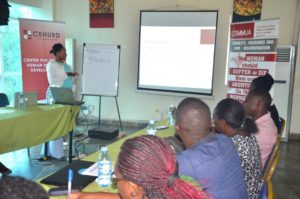 The Center for Health, Human Rights and Development (CEHURD) working through  the Coalition to Stop Maternal Mortality due to Unsafe Abortion (CSMMUA) hosted their counterparts from Tanzania; the Coalition to Address Maternal Mortality and Morbidity due to Unsafe Abortion and its Complications (CAMMAC) at Metropole Hotel in Kampala. The meeting aimed at acquainting the two institutions with the work done while addressing issues of morbidity and mortality deaths due to unsafe abortion in the respective countries.

The discussions ranged from sharing an overview of CSMMUA’s constitution, strategic objectives, challenges, and next steps; the key advocacy opportunities and process to leverage identified included: the EAC SRHR Bill, Constitutional Petition No. 10 of 2017, Miscellaneous Application No.309/2016, Reinstatement of the S&Gs and The Global Gag Rule, among others.

The CAMMAC team was given the opportunity to share key achievements, challenges they face and lessons learnt since the coalition’s inception in 2014. This was an opportunity for the Ugandan team to learn best practices that can be adopted in carrying out advocacy.

In Uganda, unsafe abortion was found to be the second and in some cases the highest contributor to preventable maternal mortality in Uganda (MoH, 2012) . An estimated 314,304 Ugandan women risked their life and health by in- ducing an abortion, a 7% increase in the 2003 estimate of 294,000 – meaning that more than 1 in 10 pregnancies end in abortion.