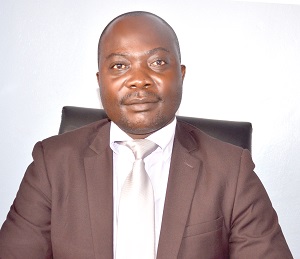 Tobacco is a leading cause of preventable death globally. After realizing this ‘pandemic’, the World Health Organization adopted the World Health Organization Framework Convention on Tobacco Control (WHO FCTC) treaty on May 21, 2003.This became one of the most quickly ratified treaties in the United Nations history. The FCTC seeks to “protect present and future generations from the devastating health, social, environmental and economic consequences of tobacco consumption and exposure to tobacco smoke” by enacting a set of universal standards stating the dangers of tobacco and limiting its use in all forms worldwide.The treaty’s provisions include rules that govern the production, sale, distribution, advertisement and taxation of tobacco. FCTC standards are, however, minimum requirements, and signatories are encouraged to be even more stringent in regulating tobacco.

Kenya signed and ratified this treaty in 2004, and the guidelines for the implementation of the convention, while Uganda signed the same in 2004 but ratified it in 2007.

In 2015, British American Tobacco’s Kenyan subsidiary filed a High court civil suit claiming that Kenya’s Tobacco Control regulations were unconstitutional. The court ruled in favour of health, and the tobacco industry appealed. On appeal, again court ruled against the tobacco company; it upheld nearly all elements of the regulations, which are designed to implement the Tobacco Control Act, including a two per cent annual contribution by the tobacco industry to help fund tobacco control education, research, and cessation; graphic health warnings; ingredient disclosure; smoke-free environments in public places; disclosure of annual tobacco sales and other industry disclosures; and regulations limiting interaction between the tobacco industry and public health officials.

These same provisions are in Uganda’s Tobacco Control Act of 2015.

The court of appeal in Kenya discussed at length the importance of implementing the WHO FCTC, concluding that the implementation of the convention or the guidelines was not in conflict with the Constitution or national legislation on tobacco control.

Every Ugandan has a right to a clean and healthy environment. This is not only provided for in the Constitution but also in the Tobacco Control Act 2015. It is also our in law that, in the enjoyment of the rights and freedoms, no person shall prejudice the fundamental or other human rights and freedoms of others or the public interest. It was also considered that BAT’s argument of being a heavy taxpayer is diluted by the fact that what it pays in taxes is cancelled out by the fact that the health sector uses up to three times the amount to mop up the negative effects of tobacco use. BAT was told to be alive to the ‘polluter pays’ principle.

BAT has not denied that tobacco products have negative effects on the consumers and on innocent persons who become passive smokers by inhaling second-hand smoke. Therefore, there are public health needs that have to be balanced against the intellectual property rights of tobacco industry.

The appellate court discussed that BAT is in a peculiar position as its products have already been associated with a multitude of serious diseases as well as posing serious health risks to the partakers of the tobacco products and the addictive nature of the products.

Because of this, the tobacco industry cannot be compared to manufacturers of other products; the state is under obligation to protect the health of its citizens, both consumers and non- consumers of tobacco.

The court concluded that the ill effects of tobacco products cannot even be equated with the threat of terrorism. This ruling sent a strong message that BAT’s legal claims are without merit and that tobacco industry interference in laws to improve public health will not be tolerated.