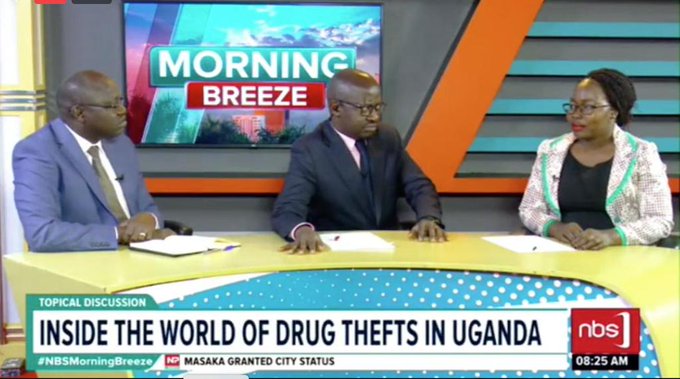 What a shame! Stealing from the sick? – Nakibuuka Noor Musisi

On the evening of June 17th 2019, I fell short of words. For the first time I watched television past 11:00pm. It was a shocker watching what I refer to as “a well-planned game” happening in my country, moreover in the health sector. I thought to myself, who is behind this, why steal from the sick? All these questions and thoughts ran in my mind. I waited to get responses from the video in vain. What a shame!

Efforts to put an end to this vice have been watered down by the government’s non responsive attitude towards clear evidence like the famous NBS /BBC video titled “stealing from the sick” https://www.youtube.com/watch?v=d41_BaVygQI.  It is unfortunate that Uganda has shamelessly remained silent over this the ordeal, an indicator, in my opinion that the State has failed to account back to its citizens.

I have worked in the civil society health – human rights sector for close to 10 years. Throughout these years, I have interacted with various civil society organizations, government entities, private actors and development partners among others. These have had various approaches towards ensuring that the end beneficiary whom I will refer to as a rights holder does access better health care services wherever they are. The approaches used have been budget advocacy, trainings, human rights-based approach empowerment of communities to seek services, holding district health assemblies, talk shows, community dialogues, community score cards to mention but a few. While these approaches seem diverse, they all point to ensuring that service provision gets better, that you and I enjoy health care in this country.

On several occasions, and for this particular ordeal, social media has been used by people to express their dissatisfaction.  It is such a powerful tool that information does not only reach a wider part of society (nationally and globally) but the target people. I am very certain that the leadership in this country did view, read and analyse the video as well as reactions from people. My expectation was that the state would act. Unfortunately, to date, we have not received a formal communication from the government on what happened and why. What this means to me is that the state has breached the contract it has with its citizen- the social contract. What a shame!

Like any other citizen, and as a health service user as well as a rights holder, my so many questions have never been answered. I am hesitant to conclude that sections/ agents within the government are involved in stealing our medicine- we the sick. What a shame! Again, one would be hesitant to question why the investigative team was rather stopped (the video is not complete), put under police custody and no case has ever been opened against them.

These happenings have a very huge impact to the health sector now and in the years to come. I am certain that Uganda has all the expertise, resources and tools to put these vices to an end. It is very unfortunate that as a country we are silent yet health facilities have continued to deteriorate at the expense of these few people. Shame my beloved country, shame my government, shame, shame shame!!!. There is still room for improvement, something can always be done and this call goes out to the State to act.

The writer is a human rights advocate and a lawyer at the center for Health, Human Rights and Development (CEHURD).