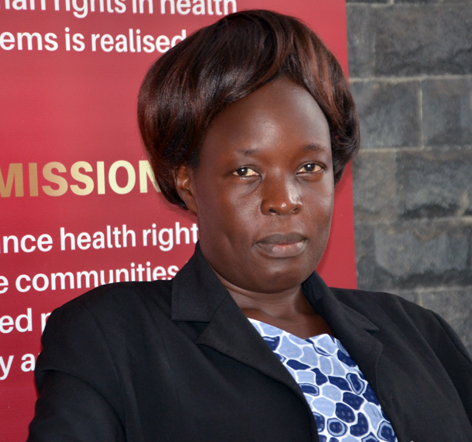 GBV is an umbrella term used to describe any harmful act that is perpetrated against a person’s will on the basis of unequal relations between women and men, as well as through abuse of power. In Uganda sexual and physical violence is widespread and mainly committed against women and girls and it affects all people irrespective of their social, economic and political status.

Global estimates published by WHO indicate that about 1 in 3 (35%) of women worldwide have experienced either physical and/or sexual intimate partner violence or non-partner sexual violence in there. Gender based violence has been broadly defined as a significant well-recognized threat to public health and human rights. It includes any act that results in or is likely to result in physical, sexual, or psychological harm or suffering, whether occurring in public or private life. Such acts may include Female infanticide; child sexual abuse; sex trafficking and forced labor; sexual coercion and abuse; neglect; domestic violence; elder abuse; and harmful traditional practices such as early and forced marriage, “honor” killings, and female genital mutilation/cutting.

According to the Uganda Police Force’s annual crime report, gender-based violence cases that were reported and investigated increased by 4% (from 38,651 to 40,258 cases) between 2015 and 2016. The 2016 Uganda Demographic and Health Survey further revealed that up to 22% of women aged 15 to 49 in the country had experienced some form of sexual violence. The report also revealed that annually, 13% of women aged 15 to 49 report experiencing sexual violence.

My experience working with the communities, fear is among the contributing factors to committing GBV. Often times, survivors of violence give up to report or follow up on cases due to fear of wrangles, hatred by the family of the perpetuator or even threats of death. In the communities people believe that witchcraft is real and because of this, there is a tendency to fear that they will be bewitched or killed because of following up on cases that end up with imprisonment as a punishment of the perpetrator. At the same time, girls fear to report cases of sexual violence with the assertion that they will be embarrassed, they would rather conceal the information to themselves instead of seeking for support. This is because, in the Ugandan setting, sexuality is considered private and not for public consumption. Through the norm of “Eby’omunju tebitottolwa” literally meaning that what whatever happens in the home should never be a consumption of the public, the young women are culturally taught to conceal any information that is related to their marriage to the extent that even when the husband batters her, she is to keep it to herself.

The fear still goes an extra mile that even the local council members to whom support could be sought from, fear to handle such cases because they feel they will end up losing their positions in the subsequent elections as a result to taking to jail an offender.

All these have been fertile grounds for GBV to prevail in the communities as the perpetrators run away with it and commit similar offences. Much as the fear is at the forefront, we cannot also run away from the fact that there other drivers fueling GBV prevalence in the communities. These include negotiations at the village /community level, poverty, illiteracy levels, weak enforcement of laws on violence, corruption among others. As a result of all these, some parents have been forced to accept bribes from perpetrators which has hindered cases from being forwarded to court. When someone insists that the case be taken forward to court, in some instances the parents of the survivor stand up to say “Is the defiled child yours?”

It is also a common practice for people in the community to tell the parents of the survivor that “At least you get something, agree and negotiate with the perpetrator but if you don’t, then it’s going to be a total loss on your side”. Such comments are usually tagged to the long Court processes and delays at police. As if that is not enough, there is a practice of charging fees at almost every center for one to successfully report a GBV case. For example facilitating the movements to court, to the health facility, to police then later to court and the fees for filling in the police form3. Sometimes the police also need to be facilitated to go and arrest the perpetrator or to visit the crime scene and collect evidence. This facilitation may not be available to most of the survivors so they end up abandoning the cases.

My interaction with the communities also made me know that community members have low confidence in the justice systems. Police has been cited as one such an institution. A number of voices within communities noted the high levels of corruption within the police that sometimes the police are paid off to suppress cases. They connive with parents of the perpetuator to convince the victim’s family that they will not get justice in court but rather they should seek monetary compensation from the perpetrator and sometimes they hide the files and make the cases disappear.

The community members have now developed a belief that perpetuators target poor families of people who cannot proceed anywhere with the cases. Whereas as perpetrators are able to bail themselves out scot free.
Thanks to the Center for Health Human Rights and Development (CEHURD) interventions in the communities of Gomba and Mukono under the Determined Resilient Empowered, AIDS free Mentored and Safe (DREAMS) innovation Challenge project which has and will continue empowering the communities on their human and health rights through the trainings.

CEHURD has also trained Adolescent Girls and Young Women (AGYW) as Community Health Advocates. This continue to empower the communities on their human and health rights. This sensitization trainings have been an eye opener and communities are now able to report cases of violence. The elected local council members have also been trained on their role in handling the GBV cases and there is hope that there is some light at the end of the tunnel.