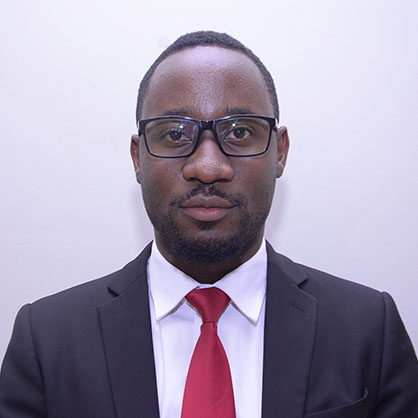 As a child I was friends with a boy who was seemingly ill all the time. I have never forgotten his sullen temperament or his sunken dead eyes especially on days he was in pain. I never understood what ailment he suffered mainly because I was a child. My friend suddenly passed on before his ninth birthday and upon my incessant inquiries I was told that he had lost the battle to sickle cell anaemia.

My friend was born in a family of four- three boys and a girl. Two of the boys were sicklers while the rest, as I understood later, were carriers. I learnt later that the remaining sickler had since succumbed to the disease at the ripe age of fifteen. This experience opened me up to the devastating effect of the disease.

Sickle cells disease is a severe genetic blood disorder which affects people who inherit genes that cause abnormal haemoglobin. In Uganda, Ministry of Health estimates point to the fact that at least 20,000 babies are born with sickle cells disease and about 80% die before they turn five.

19th June is celebrated worldwide as international sickle cell day in a bid to raise awareness about the disease. This follows a 2008 United Nations General Assembly resolution that recognised sickle cells as one of the world’s foremost genetic diseases.

This year as we mark yet another international sickle cell day, it is crucial that more awareness around the disease is created. The disease represents a public health concern but the lack of consciousness about the same can only further frustrate efforts aimed at preventing the disease. While, there is a lot of fear attached to the alarming mortality rates of the disease, by 2002, the oldest patient known to the sickle cell clinic at Mulago National Referral Hospital was aged seventy-three.

Secondly, it is crucial for government to further accelerate efforts aimed at controlling malaria. Research indicates that falciparum malaria is a leading cause for mortality and morbidity among sickle cells disease patients. While Ministry of Health approved the use of Hydroxyurea for sickle cells patients following a study called Novel Use of Hydroxyurea in an African Region with Malaria (NOHARM), it is important to prioritise malaria control programmes such as calling for sleeping under insecticidal mosquito nets.

Thirdly, blood transfusion is an effective treatment option for some severe complications arising out of sickle cell disease. It is therefore important that government continues to prioritise budgetary allocations to the Uganda Blood Transfusion Services to enable patients who require access to blood transfusion any fighting chance.

Most importantly, screening for sickle cells disease should be prioritised especially for persons intending to marry just like it is for sexually transmitted diseases like HIV/AIDS. Again, this can only be achieved through massive awareness programmes on the disease. Massive awareness cannot be considered effective unless community participation and involvement in its truest sense is carried out.

The writer is a programme officer at the Center for Health, Human Rights and Development (CEHURD).