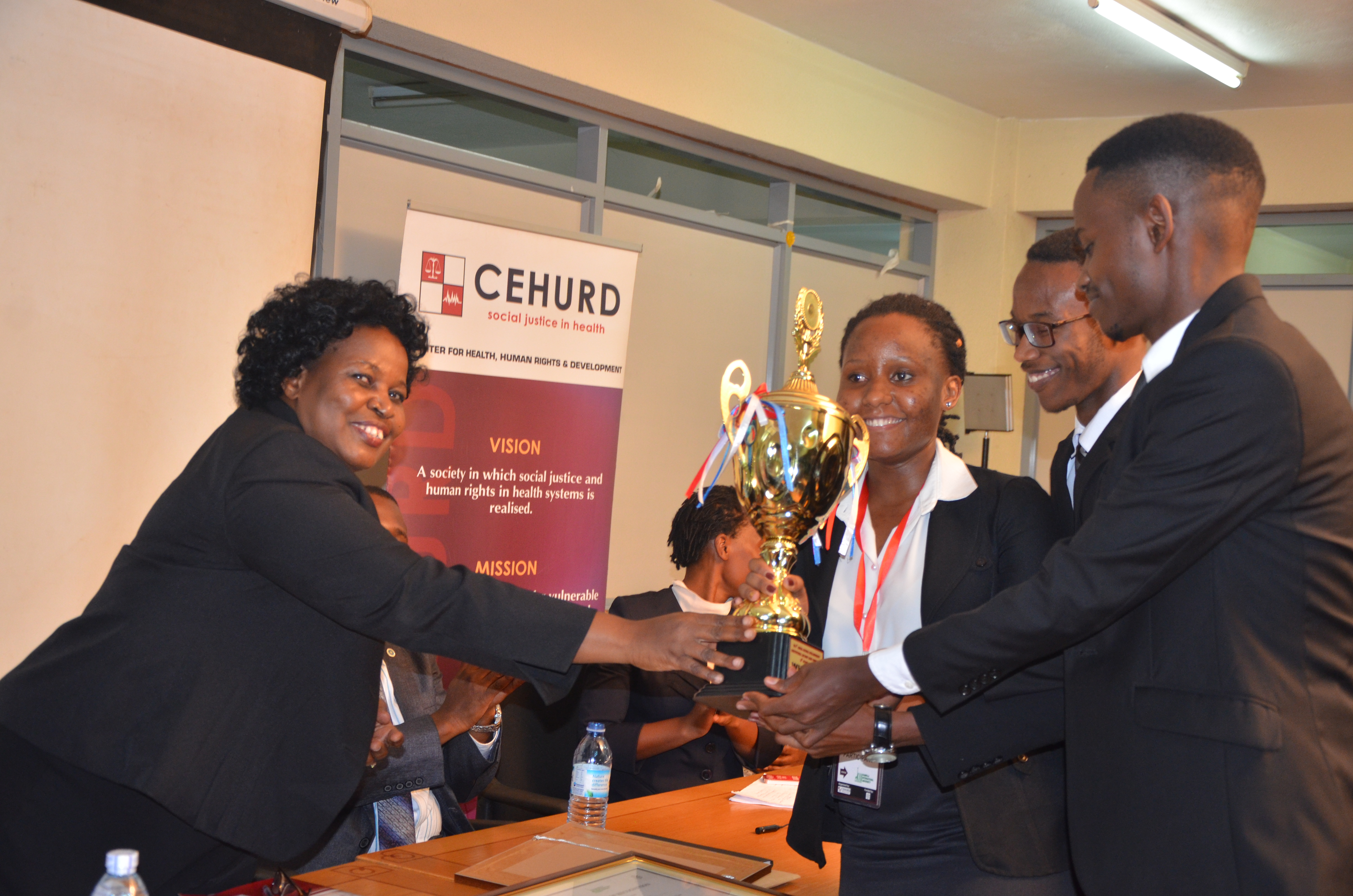 Students argued for and against the case of William Ozodreka, a secondary school student living with HIV/AIDS who advocated for the teaching of Comprehensive sexuality education in his school. The School which was unwilling to teach Comprehensive sexuality education dismissed William Ozodreka and after his dismissal, he was tortured by the School’s officials. Activists took up the case and approached the High Court of the Republic of Ford to seek appropriate redress. In the High Court, students made a case for the teaching of Comprehensive Sexuality Education. They argued that the Ban on the teaching of C.S.E is unfounded in Law as it deprives secondary school going children a chance to know and learn about body changes, live responsible lives so as to become better citizens. 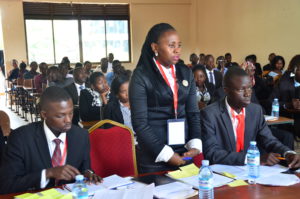 When William Ozodreka decided to change strategy after having noticed that the High Court was not the most appropriate forum to entertain his suit, he went to the Constitutional Court to which students argued that the ban on Comprehensive sexuality education in schools is unconstitutional as it deprives students in secondary schools a right to education and access to information. Students who argued against the William’s case raised the Political Question Doctrine and the case was dismissed on Technicalities.

In the Final round, an appeal was filed by William Ozodreka in the Supreme Court and students were expected to formulate grounds of Appeal in the Final Round and to argue for and against the Appeal.

The final round of the Moot was presided over by Her Lordship Lady Justice Dr. Esther Kitimbo Kisaakye and other panelists included Professor Ben Twinomugisha of the School of Law-Makerere University, Her Lordship Rtd Justice Elizabeth Nahamya, Dr. Daniel Ruhweza of the School of Law- Makerere University and Ms. Primah Kwagala, the Program Manager of the Strategic Litigation Department of the CEHURD. 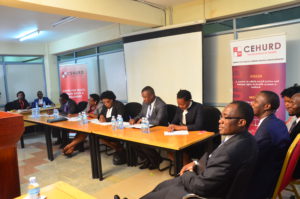 Once the students made presentations before the Judges, the judges awarded marks to each of the  presenters and they gave their observations about each presenter’s oral submissions.

At the end of the Competitions, out of the 10 Universities that participated, Uganda Christian University- Kampala Campus emerged as the 1st Runner Up and Makerere University emerged as the overall winner of the 4th Annual National Inter-University Constitutional Law Moot Court Competitions with the Best Memorial as-well. The  winner team took home a trophy.

Makerere’s Mr. Murungi Patrick emerged,  best Oralist in the final round of the competitions and he was awarded a 3 month Internship at the Center for Health, Human Rights and Development.

Moots are organized by CEHURD to enable students learn the Art of litigating cases that essentially touch on the Right to Health within Uganda’s Legal framework and Courts of Law they are also trained in legal writing, arguing cases in court, preparation of court pleadings, professional conduct and demeanor while in court.