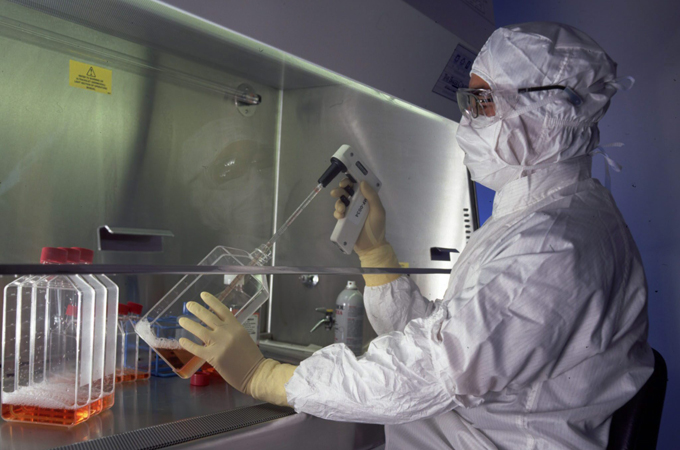 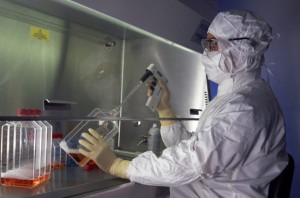 A plan to create ‘cancer prizes’ would eliminate patent monopolies for cancer drugs, and instead grant prizes to innovators who create new medicines.

On September 19, the United Nations will convene a high-level meeting to consider the “international aspect of public health” for non-communicable diseases (NCDs), with a particular focus on the social and economic impacts for developing countries.

The UN has been widely praised for undertaking this initiative, and there is considerable support for giving attention to the growing burden of cancer, diabetes, heart disease and other non-communicable diseases, not only in high-income countries, but everywhere. However, some of the issues are controversial, including those relating to intellectual property rights for new medicines, diagnostics and medical devices.

Last week, details of the negotiations were leaked that reveal the UN declaration on NCDs will be used to attack a ten-year-old agreement on intellectual property rights and public health. The controversy involves the November 14, 2001, World Trade Organisation (WTO) Doha Declaration on Trade-Related Aspects of Intellectual Property Rights (TRIPS) and public health. This landmark agreement was agreed upon in Doha, Qatar, during an emotionally charged and tense ministerial meeting of the WTO.

Among other things, the Doha Declaration effectively gave WTO members more flexibility in designing patent and other intellectual property rules, and said that WTO members “should” implement their laws “in a manner supportive of WTO members’ right to protect public health and, in particular, to promote access to medicines for all”.

This agreement was also the basis for subsequent changes in WTO rules on patents that allowed medicines to be exported to countries that lack local manufacturing capacity, and that deferred obligations to enforce pharmaceutical patents in the world’s least developed countries.

In 2001, big drug companies bitterly fought the Doha Declaration, but the Bush Administration, reeling from 9/11 and a subsequent scare over access to medicines to treat anthrax, wanted to build bridges with the international community, and so accepted strong language on public health.

The Doha Declaration came about during a period of great concern over access to patented AIDS drugs. During both the 2001 negotiation and a follow-up WTO negotiation in 2002-2003, Pfizer, Merck, Abbott, and other big drug companies and their lobby groups – such as the Pharmaceutical Research and Manufacturers of America (PhRMA), the International Federation of Pharmaceutical Manufacturers & Associations, and the European Federation of Pharmaceutical Industries and Associations – tried to narrow the Doha Declaration to AIDS and a handful of other infectious diseases, or to exceptional public health emergencies.

The PhRMA position was decisively rejected in the WTO negotiations. Legally, the 2001 Doha Declaration, and subsequent amendments to TRIPS, applies to any disease. But in practice, the perceptions are as important as the legal reality. By continuing to assert that the Doha Declaration is in fact limited in various ways, US and European trade negotiators have tried to discourage the granting of compulsory licenses on patents for high-priced drugs for cancer and other non-communicable diseases.

The term “compulsory license” is used to describe cases in which governments or courts set aside the exclusive rights of a patent, and allow others to use inventions, normally in return for a royalty payment to the patent owner. In such cases, the patent is no longer an absolute monopoly to use the invention, but does ensure that patent owners are paid when the inventions are used by third parties.

The use of compulsory licenses are as old as the patent system itself (a 1474 Venetian statute and an English law passed in 1623 both sanctioned compulsory licenses), and are used in a wide range of cases. While maintaining an active trade policy to prevent developing countries from using compulsory licenses for patents on medicines, at home the United States has used compulsory licenses to expand access to patented inventions to treat cancer, diagnose the Hepatitis C virus, manufacture contact lenses, and treat aortic valve heart disease.

When the UN convenes on September 19, it will complete its work on an outcomes resolution. Currently, the European Commission and the White House Office for the United States Trade Representative (USTR) have blocked any mention of the 2001 Doha Declaration, although a “compromise” text makes references to “the full use of TRIPS flexibilities”. The EU trade negotiator believes that the lack of reference to the Doha Declaration will allow them to assert that the 2001 agreement does not apply to non-communicable diseases. Many public health groups have urged delegates to fix this, by restoring the references to the Doha Declaration that the European Commission’s Directorate-General for Trade and the USTR have opposed.

However things play out at the UN high-level meeting on non-communicable diseases, battles over access to new cancer drugs will heat up. In India, an August 30, 2011, request for a compulsory license was filed for patents on the cancer drug Sorafenib (developed and marketed by Bayer and Onyx Pharmaceuticals as Nexavar). The India generics firm CIPLA is expected to soon launch less-expensive generic versions of several drugs, including Trastuzumab (sold by Roche under the trade name Herceptin), a super-expensive but effective treatment for women with a certain type of breast cancer.

Developing countries cannot improve access to cancer drugs unless they grant more compulsory licenses on patents, or undertake more fundamental and radical changes in the way research and development (R&D) for cancer drugs is financed.

In 2009, Bangladesh, Bolivia and Suriname asked the World Health Organisation to hold a meeting to consider an entirely new way to address paying for R&D for cancer drugs. Rather than depend upon 20-year patent monopolies, they proposed de-linking drug prices from R&D incentives. All monopolies for cancer drugs would be eliminated, so that drugs could be purchased at generic prices. To reward R&D, countries would put a percentage of their cancer treatment budgets into new innovation prize funds.

This proposal was entitled, “Prizes as a Reward Mechanism for New Cancer Treatments and Vaccines in Developing Countries. It was based upon ideas first put forth by Thai public health officials, who were struggling to expand access to newer cancer drugs, but were under intensive pressure from the US government to leave the patent monopoly intact.

Under the cancer prize approach, access to expensive drugs would give health authorities greater incentives to invest in the diagnosis and treatments for cancer. As outlays on cancer health care rise, countries would allocate more money for innovation prize rewards. Countries with higher incomes and greater investments in care would contribute more.

The cancer prize fund approach is also being considered in Europe. There are huge income differences between Eastern Europe and Northern Europe, and it is much easier to de-link incentives from drug prices than to manage a system of negotiating affordable prices country by country.

At first, the cancer prize fund proposal was so controversial that the World Health Organisation at first refused to publish it on its website. And in 2010, the proposal was ignored by a WHO expert group on R&D financing. But after the first WHO expert group was criticised for its pro-industry report, a second group of experts was appointed, and the cancer prize fund approach is now being re-evaluated.

The UN is being asked to backtrack from an important agreement to put “access to medicine for all” at the centre of trade policy. This comes at the same time that the United States and Europe are involved in all sorts of regional and bilateral trade negotiations that ratchet up intellectual property protections, making it harder to obtain affordable generic medicines. Inequalities of access to medicine and healthcare are already shocking, and these trade pressures just make things worse. Negotiators at the UN meetings, public health groups, politicians, and the public need to push back and demand changes in global trade negotiations.

We need to move away from lobbyist-driven policies that pit innovation against access, to a new trade policy that reconciles both objectives. Eyes will turn next to the recommendations of the World Health Organsation’s Consultative Expert Working Group on R&D, to see if this can jump-start a new direction in global negotiations – one that puts people and human rights at the center of patent policy.