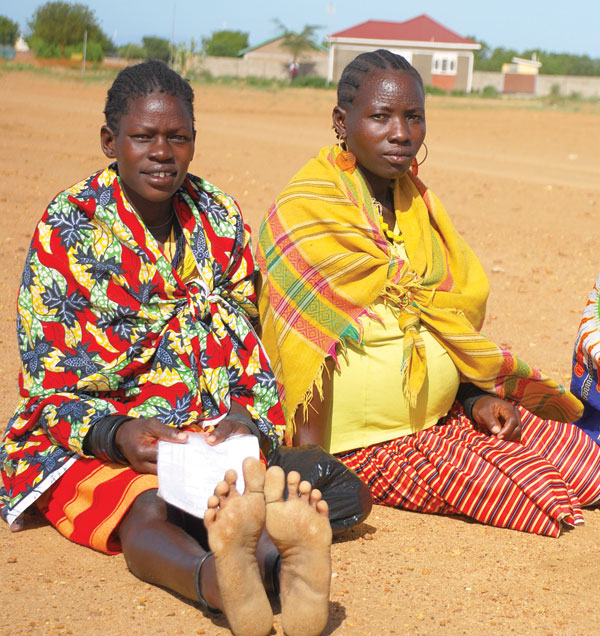 As Sylvia Nalubowa cried out in agony and begged the nurses to help her, she pledged to give them part of her kibanja (plot of land), hens and pigs if they could save her life.

Only 38, Nalubowa had developed complications after she managed to give birth to one of her twins normally. With the second baby twin still posited in her uterus, Nalubowa’s mother-in-law, Rhoda Kukkirizza, moved her from the government health centre III in Mityana to Mityana district hospital, hoping Nalubowa would get better services there. She did not. An affidavit to a Constitutional Court petition, challenging government to provide better maternal health services, states that Nalubowa died at the hands of negligent and corrupt medical workers.

She became part of the statistics that are Uganda’s maternal mortality rate or MMR (the number of women that die whilst giving birth). Standing at 435 of 100,000 live births, there is general consensus that Uganda’s MMR remains unacceptably high. In 2009, Nalubowa’s tragic tale put a face to the country’s MMR. Her death shook the administration of Mityana district hospital and the ripples spread throughout the nation. It did not take the civil society long to voice its disgust.

The Centre for Health, Human Rights and Development (CEHURD) did more than voice its disgust. It lodged a constitutional petition, seeking a declaration that government’s failure to provide proper maternal health services to women be deemed a violation of their rights.
Nalubowa’s family, together with that of Jennifer Anguko, another woman who died due to negligence during childbirth in 2010, are among the petitioners seeking justice, not just for their departed relatives, but also for other women who have lost their lives while giving life, as well as others likely to become statistics in Uganda’s grim MMR.

Filed on March 3, 2011, the case kicked off with a very high momentum and attracted ample interest from the media and Ugandans at large. It was supported by affidavits from the families of Nalubowa and Anguko, and from human rights experts like Professor Ben Twinomugisha (Dean, faculty of Law at Makerere University). In their submissions to court, the petitioners argued that the right to health was a human right the government had failed to respect and protect.

The state, however, denied violating women’s right to health, contending that the petition was speculative and without merit. But the petitioners insisted that the maternal deaths were due to government failure to provide basics like razor blades, plastic sheets and other consumables, let alone medicines and medical personnel to attend to pregnant women.

In response, the state reasoned that the government’s meagre resources have to cater for various competing interests that also affect other human rights. And, health aside, the state said the petition raised political rather than legal questions, and objected to court hearing it. The petitioners now await the court’s decision on whether or not it will hear the case.

“We just want court to tell us whether the death of over 16 women due to child birth-related complications is not a violation of human rights. Why is the judiciary dragging its feet?” says David Kabanda, a lawyer for the petitioners.

A letter signed by Deputy Chief Justice Mpagi Bahigeine not only expresses regret at the delay in delivering the ruling, but also promises that everything possible is being done to ensure disposal of the case.

But the petitioners are not convinced. “We do not want regrets,” Kabanda says. “We want a ruling. The judiciary should tell us if they do not have the mandate to decide the case so that we seek other avenues.”

He adds that if the Constitutional Court has expediently disposed of other cases — like the one that challenged the Inspector General of Government’s mandate to prosecute cases of corruption, a case also filed in 2011 — it should be in position to quickly decide on the pertinent issue of women’s lives.

“We understand that there is backlog and the judiciary is understaffed, but priority should go to the rights of pregnant women. Pregnancy will not wait. Every day, 16 women die due to pregnancy-related complications,” Kabanda says.

Judiciary only hope
Uganda’s Constitution has a comprehensive bill of rights, but its rich provisions on human rights have not necessarily translated into respect for human rights in the country. In addition, Uganda is signatory to international human rights instruments such as the Convention on the Elimination of all forms of Discrimination against Women, the International Covenant on Economic, Social and Cultural Rights, the Convention on the Rights of a Child, and the regional African Charter on Human and People’s rights.

All these protect the rights of women and children, and the right to health. On December 15, 2011, Parliament passed a resolution, which, if executed, would come in handy in addressing the issue of maternal mortality. The resolution urges government to expedite the reformation of the midwives’ training curriculum and to recruit a minimum of 2,000 well-trained and well-motivated midwives and other medical personnel.

It further says government should report periodically to Parliament on progress on maternal health. Uganda, as a member of the World Health Organisation’s Safe Motherhood programme, is expected to spend $1.40 per capita on maternal health. It, however, currently spends only $0.50, a mere 36 percent of the required minimum per capita.

The reality is that at the entrance of any government hospital in Uganda, a woman going to give birth is required to present a plastic sheet, razorblade, cotton wool, gauze and other consumables before she can receive any medical attention. Bribes to medical personnel are the norm, and experiences like Nalubowa’s read like a familiar folktale told over and over again. But can a court ruling turn around the tragic scenario where 5,840 women die in child birth each year? Time will tell.