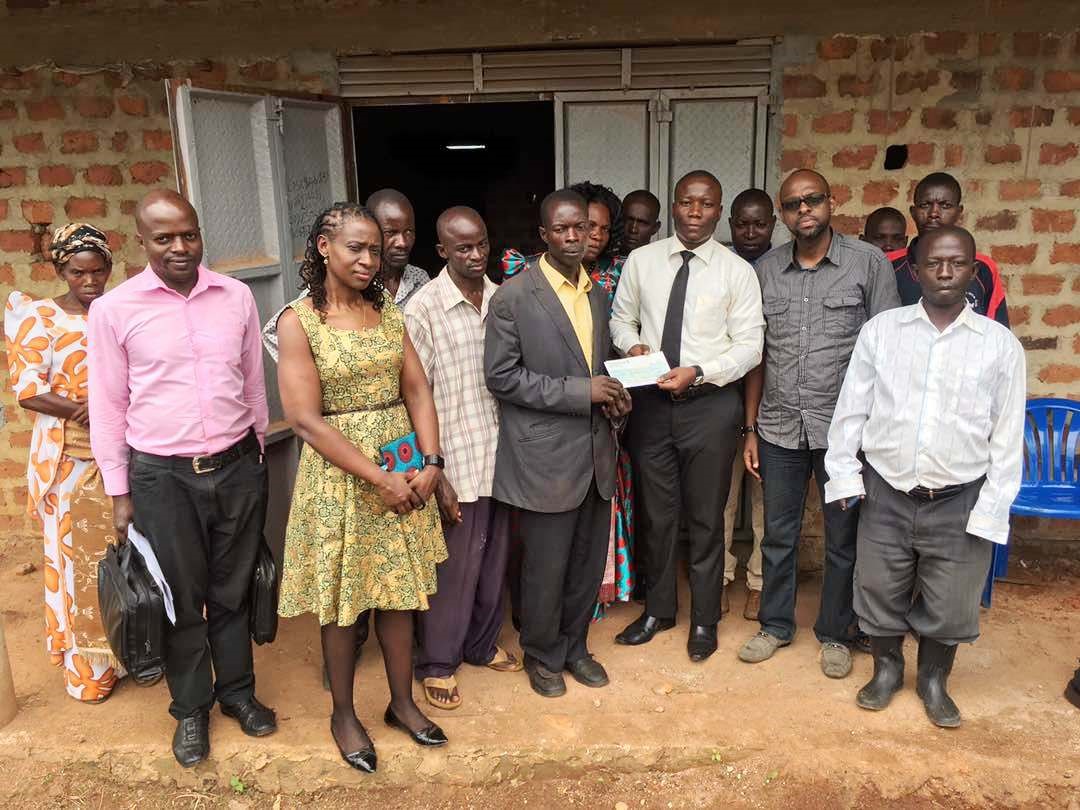 A team from Center for Health, Human Rights and Development ( CEHURD) alongside officials from Nakaseke District and OSIEA visited Nakaseke district to monitor the implementation and impact of the judgement, for the case: CEHURD and others verses Nakaseke District Local Government Civil Suit No 111 of 2012.

The implementation is as a result of the 2015 the High Court of Uganda judgement in a suit brought by CEHURD against Nakaseke district local government, related to a death of an expectant mother.

First the team visited the deceased’s husband at his new home in Mifunya for a briefing of the circumstance that led to the case. The Meeting was attended by among others the Mifunya LC1 chairperson, representatives of the sub-county council, his elder brother and an elderly lady that introduced herself as a neighbour.

The local leadership was by and large grateful for CEHURD’s intervention. They shared that prior to that case, Nakaseke Health workers were untouchable, they were negligent and careless in the way they attended to patients.

A gentleman shared an experience to the effect that he took his wife to give birth, she laboured and eventually gave birth on the veranda while health workers looked on. He sadly reported that they subsequently lost that baby that very day. This was however prior to the case against Nakaseke District Hospital for the death of the expectant mother. They reported that ever since Nakaseke District Hospital was sued, the health workers are diligent, careful, wear nametags and the community members have been told that if a health worker mishandles you or fails to attend to them , then they should read his or her name from the nametags on their uniforms and report to the hospital administration immediately.

The community leaders reported that they have not heard of any maternal death since the CEHURD and others verses Nakaseke District Local Government Civil Suit No 111 of 2012 case. However, they believe that in the event that such a case occurs, the hospital is diligent and will not report it as such since the lesson the case gave to them was indeed harsh.
They however appealed to CEHURD to sensitize the health workers. They reported that some stubborn ones were transferred and the doctor that was not at the station at the time the mother needed attention in this case forced to resigned.

They also requested CEHURD to take on some community interventions in Nakaseke -This is because they believe Mifunya, villagemates are sensitised and learned a lot from the case but this is not the case for other villages in Nakaseke.

They claimed that they are treated as priority when they visit Nakaseke Hospital – because the health workers fear people from that village that sued.

We then heard from the deceased’s husband , he shared his story and indeed emphasised that the community had been very instrumental in pushing him to speak out on the vices in Nakaseke Hospital. He said his family is indeed very grateful to CEHURD – for the wise counsel in how he should spend his money, and support throughout the litigation.

He confessed that his eldest daughter is in boarding school, he wishes she turns out right like the ladies he worked with at CEHURD!, The younger two children are still in day school and hoped to push them through school too. He took us through his business, he is now a proud owner of a barber’s shop in Nakaseke Town, he has music systems, he has bought two pieces of land, one is half an acre and has some coffee plants and he hopes to annually harvest and make some money, the other he constructed a commercial building, it was partially occupied by a tenant, its close to a school and has electricity. He hoped to furnish the construction with the final cheque that was handed to him.

We then moved to Nakaseke Hospital where we met with Mr. Ssemakula (the Hospital Administrator). He told us that as a result of the case, there was alot to learn. He said the case was both good and bad. It was good because no fingers were pointed at individuals – that way everyone in the district leadership felt concerned and as the hospital administration they had to account and put their house in order. He said it was however bad because it caused them a lot of embarrassment – He prayed that it would have been good to first dialogue before rushing to court. He however said they conceded defeat and were made to pay as the hospital. “IN EVERY DARK CLOUD -THERE IS A SILVER LINING” -He said. Today he said it is possible to go a whole quarter without a maternal death in the hospital. They religiously audit themselves. He noted that in the past they’d record 2-3 maternal deaths a quarter. But today, they treat and God heals. If a maternal related death occurs, they sit as the hospital administration committee within no less than 7days from the date that the death occurred and thoroughly study the circumstances to ensure they avoid such recurrences.

He was happy that we had sought dialogue and feedback on the issue. He also prayed that we work together to achieve universal access to these maternal child health services. As a hospital, they are always ready and willing to learn from NGOs.