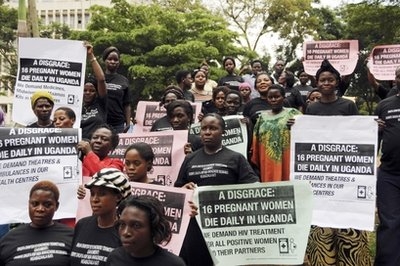 CEHURD filed Constitutional Petition No. 16 of 2011 and the Attorney General raised an objection that the petition as framed involves issues of separation of powers (Legislature, Executive, and Judiciary).

Petition 16 is a landmark maternal health case that seeks among others a declaration that by women dying in public health facilities due to lack of maternal health commodities is a violation of their rights to health and life.

The objection raised by the Attorney General was upheld by the Constitutional Court and CEHURD has appealed against the same to the Supreme Court.

If the Supreme Court upholds the objection, this will mean that maternal health is not a priority in Uganda.  Women will continue to die since government will not be tasked to prioritize their rights.  On average it is estimated that 16 pregnant women die everyday in Uganda.