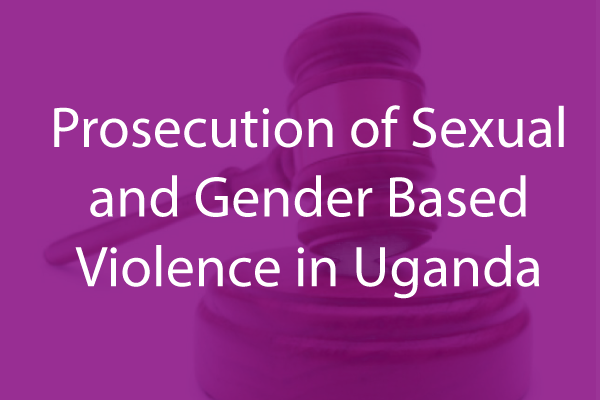 Today the Center for Health, Human Rights and Development (CEHURD), Nnamala Mary and Simon Kakeeto have dragged the Government of Uganda to the Constitutional Court for failing to put in place shelters for women who have been raped or defiled. CEHURD also challenges the unequal punishments that the law provides for sexual offenders as being unjust.

Men charged with rape are liable to suffer a maximum penalty of death whereas the law provides for the offense of ‘defilement’ for persons between the ages of 14-17 and sexual offenders against girls of that category are only given a few years of a jail term. This difference in penalties towards perpetrators who commit the same offense is unjust and offends the principle of equality and non-discrimination before the law. It also has an effect of increasing sexual violence against girls in that particular age group.

According to the Uganda Demographic Health Survey of 2016, 1 in 5 women have suffered sexual violence in Uganda. Uganda Police has also released the Annual Crime Report of 2017 where defilement was rated the 3rd leading crime in the country with 14,985 cases reported and police recorded 1,335 rape cases. It is important to note that in cases of sexual violence, many women do not report due to fear, stigma and the trauma that is associated with the offences. The police reports are just a tip of the ice bag of the magnitude of the violence that women face on a daily basis in this country.