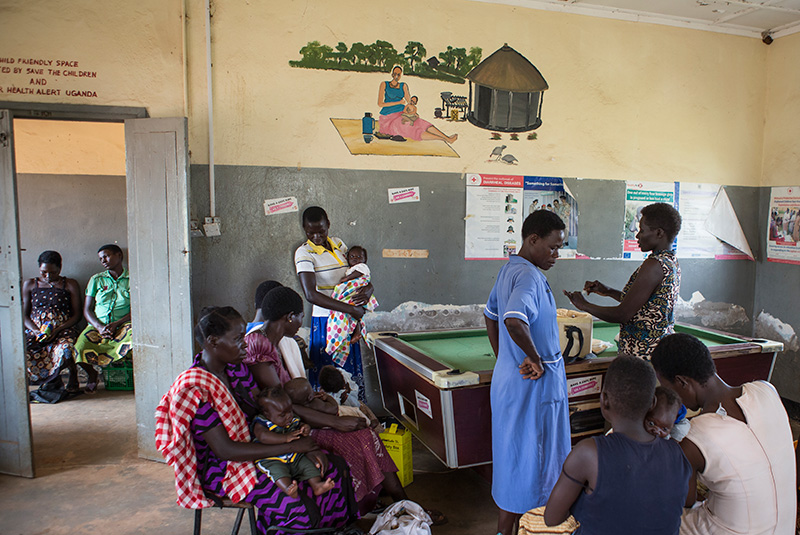 Health has been defined as the complete state of physical, mental and social wellbeing and not merely the absence of disease or infirmity.[1] Health as a Human Right gained significance in 1946 when the WHO constitution espoused the fact that the highest attainable standard of health as a human right. Following this bold position by WHO a number of instruments and global convening have gone ahead to including the International Covenent on Economic and Social Cultural Right (1976), International Conference on Population and Development (1994) and the Beijing Declaration and Platform for Action (1995). Understanding Health as a Human Right creates a legal obligation on states to ensure access to access to timely, acceptable and affordable health acre of an appropriate quality as well as providing for the underlying determinants of health, such as safe portable water, sanitation, food, housing, health-related information and education, and gender equality.[2] The right to health was also defined in General Comment NO. 14 of the Committee on Economic and Social Cultural Rights, a committee of Independent Experts to include the following core components; availability, accessibility, acceptability, and quality.[3]

The concept of Reproductive health as a component of the right to health promises to play a crucial role in improving health care provision and legal protection for women around the world, it was internationally endorsed by a United Nations Conference in 1994.[4] It is therefore no surprise that the drafters of Maputo Protocol[5] taking cognizance of women’s status and the systemic and structural discrimination especially in the context of their health put in place Article 14 of the Maputo protocol that implores States Parties to respect and promote the right to health of women including their sexual reproductive health. The protocol recognized that women’s rights cannot be fully realized if their rights to health continue to be violated.

The World health Organization Estimates that poor reproductive health accounts for 18% of the global disease burden, and 32%of the total burden of disease for women of reproductive age. It is therefore no surprise that the indicators on sexual reproductive health and right in Africa continue to paint a gleam picture. The indicators particularly remain poor with nearly half of the mothers who die during pregnancy and child birth being from the African Region. African women, have a 1 in 16 chance of dying while giving birth.25 million Africans are infected with HIV with women being increasingly affected with the feminization of the epidemic. Africa is also plagued by a high unmet need for family planning with a rapid population growth often outstripping economic growth and growth of social services thus contributing to a vicious cycle of poverty and ill health. Today by any measure, less than one third of Africans have access to contraceptives. This makes unplanned pregnancies and a resort to unsafe abortions inevitable owing to unplanned and unwanted pregnancies, thus the annual abortion rate for the region is an estimated 34/100 women of reproductive age aged (15-44) and has remained more or less constant between 1990-1994 and 22010-2014[6].

Whereas Article 14 of Maputo Protocol is a key mile stone for Africa women and the realization of their health and reproductive rights, there still exist a number of hindrances preventing women form realizing these rights. These hindrances include the non-ratification of the Protocol by some states, and other states like Uganda and Kenya that have ratified the protocol placed reservations on Article 14. Furthermore retrogressive cultural and religious practices continue to block access by women and girls in Africa to critical SRHR services and information that they require including access to family planning, comprehensive sexuality education and protection from sexual and gender based violence that is driving up STI and HIV infections amongst Africa’s women and girls.

In order to fully reap the benefits of the rights espoused in Article 14 of Maputo protocol, there is need for African States to first of all ratify and then domesticate the protocol unreservedly. Where reservations are put in place, this serves not only a hindrance to access to services but also a gag to policy and programmatic discussions aimed at putting in place interventions aimed at realizing the right to health and reproductive rights of women in Africa. States have to proactively protect the health of women and this will have a positive effect for the development of the state owing to the critical role that women play in the productive sector. As Dr. Mahmoud Fathalla a leading scholar and advocate for women’s health rights stated, “Women are not dying because of diseases we cannot treat, they are dying because societies have yet to make the decision that their lives are worth saving.”

[5] Protocol to the African Charter on Human and People’s Rights on the Rights of Women in Africa, 2003, 2nd Ordinary session of the Assembly of the African Union, 11th July, 2003